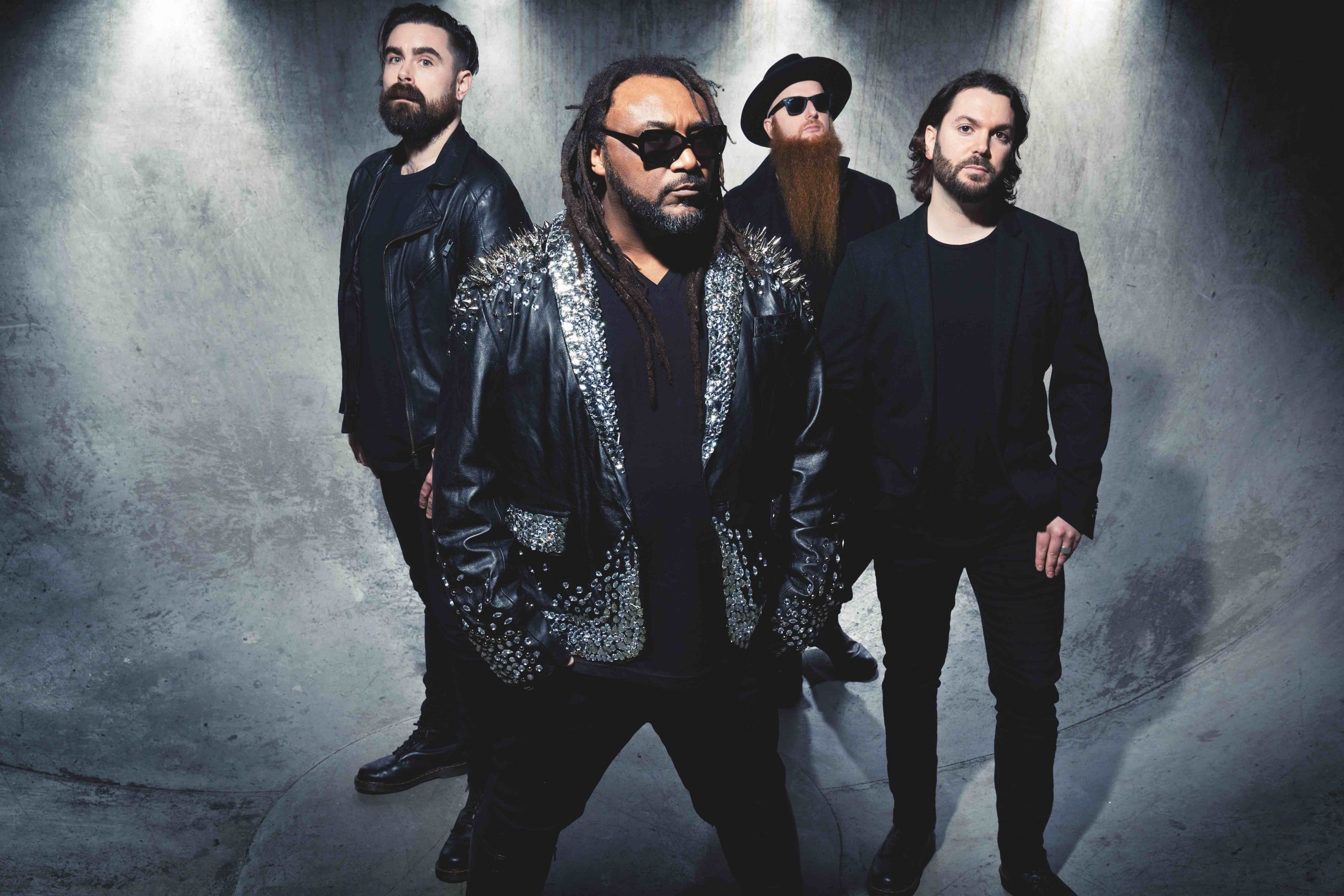 Skindred have released a lyric video for It’s A Crime, a rare cut from the Japanese version of Roots Rock Riot. The track features on the re-release of the band’s album, which is out on 23rd April 2021.

“It’s a Crime was written in 2006 in our basement studio below St Joseph’s Boxing club in Newport,” says drummer Arya Goggin. “It’s where all the writing for Roots Rock Riot took place. The only reason it didn’t make the album was because of how the album track listing flowed.

“We were so happy with how the album progressed from the opening of chaos of Roots Rock Riot to the epic ending of Choices And Decisions we didn’t want to crowbar another song in needlessly. It was a hard decision to leave it out but we are so happy it’s being included in the re-release. It was always a band and producer favourite.”

“I live in a neighbourhood (Newport, Wales) where back in the day, a lot of people were working hard and getting ripped off in life and then there are others who are just hustling and selling this and selling that. It’s just a crime that hardworking people don’t get what the thieves/criminals get,” explains vocalist Benji Webbe of the track’s inspiration.

The re-release of Roots Rock Riot features rare cuts and previously unheard music, available on vinyl for the first time as well as CD. The vinyl will feature the original album and an additional 7″ of two exclusive tracks: It’s A Crime and Struggle. The CD release also contains these tracks and an acoustic version of Destroy The Dance Floor. Exclusive merchandise pre-order bundles are also available, including a t-shirt and a turntable slipmat. Pre-order the Roots Rock Riot re-release HERE.

See Skindred and Royal Republic live at one of the following dates on their Showtime Tour: