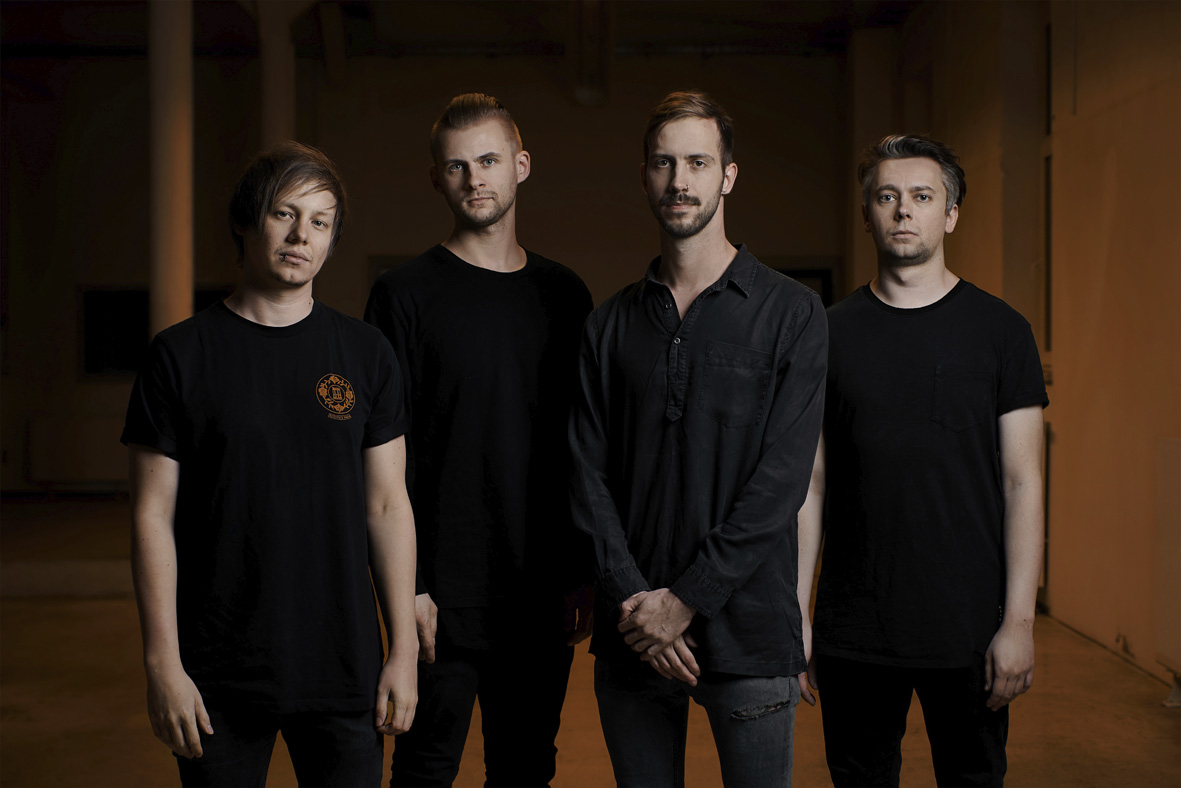 German metalcore quartet Annisokay are back with their brand new album Aurora, their first to feature new frontman and heavy vocalist Rudi Schwarzer. The band revealed a series of singles in the run up to the album’s release, including the very personal Like A Parasite. We caught up with the band to discuss the song’s themes and how they transfer to the music video, stories from behind the scenes and more.

Like a Parasite is a very personal song for us. Plot-wise, the song’s about a person who only takes, but doesn’t give – about a hypocrite who’s disloyal. Musical-wise, it stands for Annisokay 2021 and our future with our new shouter Rudi.

Let’s put it this way: if COVID-19 had any good side, it would be the amount of time we got here. It absolutely benefited all the songs even more. Other than that, there was no difference compared to our usual work flow.

Like just mentioned, we came up with the idea of talking about parasites due to personal experiences. Everybody knows such leeches and has been through some kind of “black past”, right? Nobody really likes having them around. To take it one step further, we actually decided to shoot the music video with real insects.

Yes, they definitely are connected with each other. As you can probably tell, the shown insects embody parasites. The shooting process itself was quite impressive compared to other video shoots, because you don’t have a scorpion on your hand every day. If this would be necessary, well – not really to be honest ;)

Besides the fact shooting with those little and very special creatures? Creating the video for Like a Parasite didn’t even feel like a tangible “work shift”. We’re talking about a whole day. Yes, this means 24 hours including constructing lights and everything needed at set, waiting, rehearsing, waiting again and some more waiting. Oh, and recording all the scenes, for sure! The grand finale shows us being bled dry by a parasite. Obviously, the “blood” was just a mixture of top secret ingredients known from the movie industry. You guys better beware of human bloodsuckers, that’s for sure!

We’d like to thank every single one of you out there who has supported us up to this point and are looking forward to having an amazing future with our new album Aurora. We really hope to see you all on our next tour to be able to party again. Thanks for having us!

Annisokay‘s new album Aurora is out now via Arising Empire, available to stream or purchase HERE.