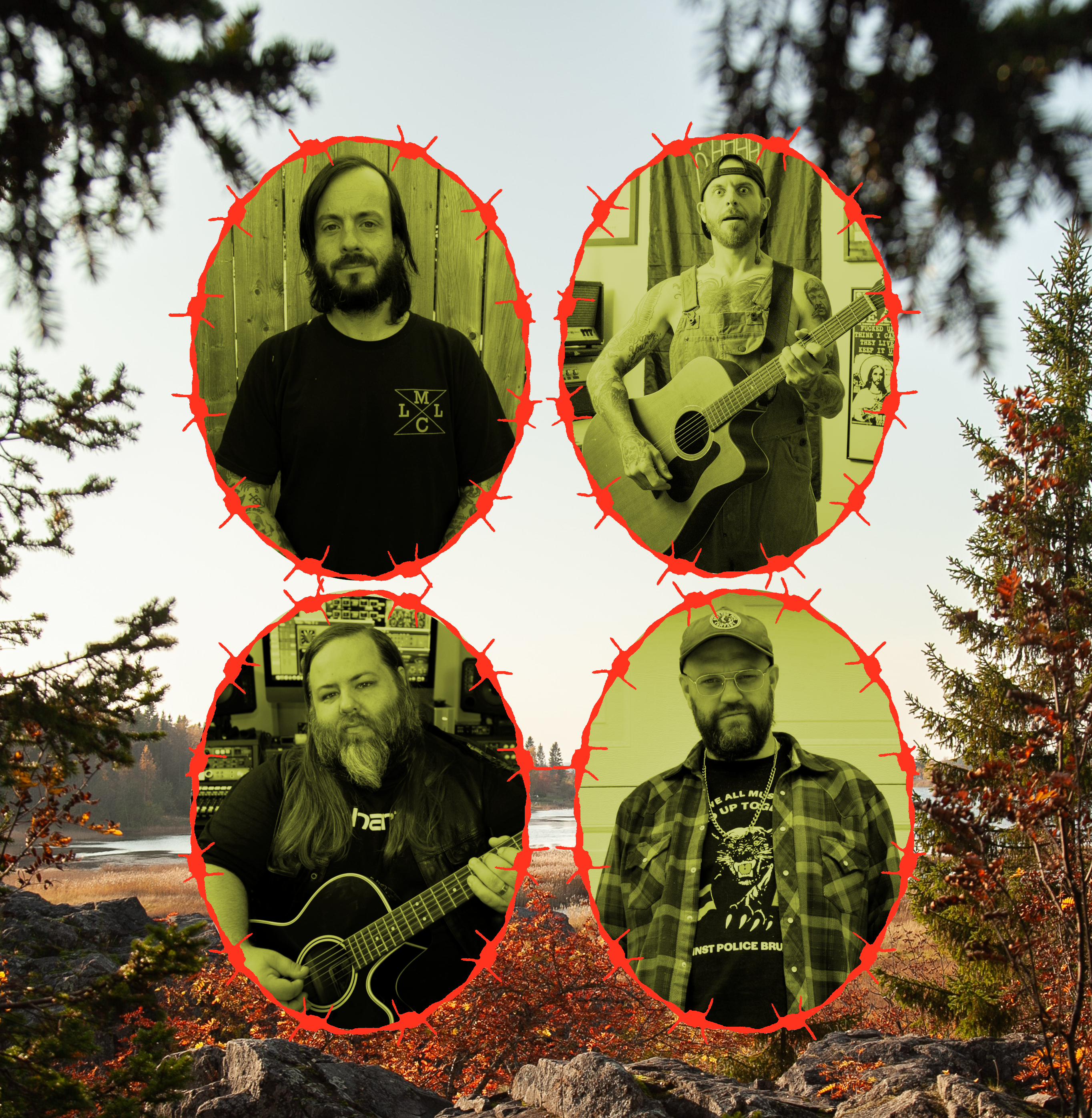 Cancer Bats have shared the video for Deathsmarch To A New Acoustic Beat, featuring Nick Sherman. The track is taken from their forthcoming acoustic EP You’ll Never Break Us: Separation Sessions Vol. 1, which is set for release on 16th December 2020.

The forthcoming acoustic EP features new takes on Cancer Bats classics and will initially be released via the band’s Bandcamp – all proceeds raised will be donated to Water First NGO. The organisation helps to train interns in water purification, to aid them in helping their communities to have access to clean drinking water. “While we are excited for fans to hear and enjoy these new renditions, the other goal for this project is to raise funds and awareness for the clean water crisis that still exists within Canada for many Indigenous communities,” says vocalist Liam Cormier.

During the video, which was recorded completely on mobile phones, fans are given an insight into the band’s recording process when they aren’t all in the studio together and when they’re enjoying life not on the road. We see drummer Mike Peters having family time in Winnipeg, bassist/guitarist Jaye Schwarzer in his wood shop in Toronto, guitarist Scott Middleton in his studio in Dundas with his son, Liam Cormier in the Nova Scotia woods on dirt bikes and guest vocalist Nick Sherman out in Thunder Bay.

Speaking about the video Cormier says: “I really love how the footage balances out the heavier tone of the song and everything that’s happening in the world right now, on one hand we can’t be together making music, but on the other, we get to also spend this time doing the things we love and being with our families we love the most. To me, it really takes on a whole other element of the song and the statement “Hey World You’ll Never Break Us”.”

Check out the Deathsmarch To A New Acoustic Beat video below:


You can pre-order You’ll Never Break Us: Separation Sessions Vol. 1 from HERE ahead of its release on 16th December 2020.  Those who purchase the EP through Bandcamp will receive bonus track Bastards Waltz Recorded Live From TV. The EP will be available on other digital streaming platforms on 18th December 2020 through Bat Skull Records, in collaboration with New Damage Records.