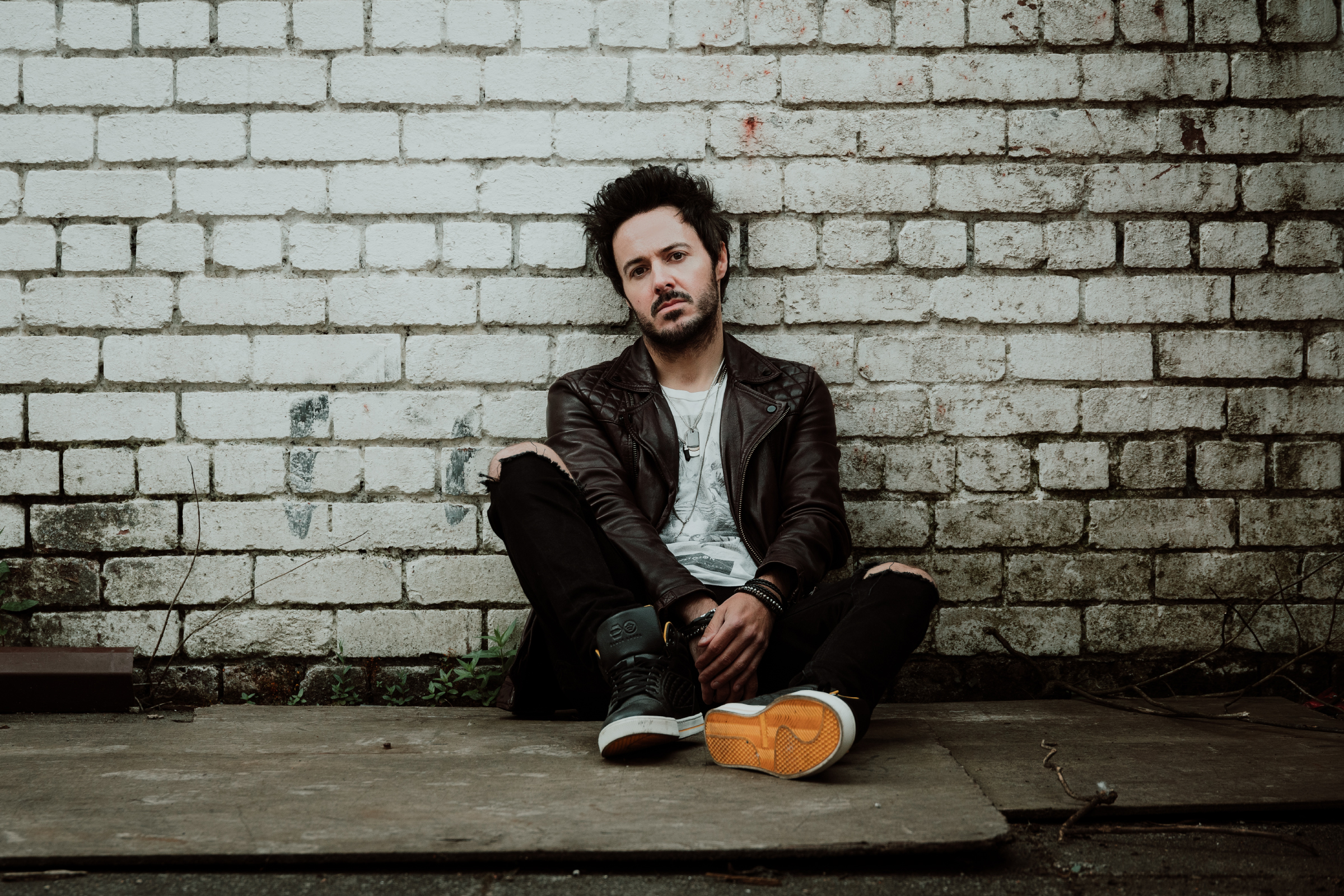 2020 has been a turbulent year, there’s no doubt about it, but it’s also been one of opportunity for James Kennedy. Previously a member of alternative rock band Kyshera, he officially launched as a solo artist after the band’s demise and has since gone on to release his new album Make Anger Great Again. Not stopping there, Kennedy also published his first book, which he describes as “the story of the unsigned, the unsung and the unheard.” We caught up with him to find out more…

Hey James, thanks for taking the time to chat to us – firstly, how are you doing?

I’m doing good! How about you?

We’re good thank you! People may know you as one of the members of Kyshera, but you recently launched as a solo artist. How did the leap from band member to solo artist feel? Is it something you always saw yourself doing?

It’s very bittersweet. It was certainly not something that was ever on my radar, even though I’ve always released solo albums in the past (I’d released THREE before this new one!) – but they were always ‘alongside’ Kyshera, rather than ‘instead’ of it. So when the band ended, it seemed like the most natural direction to go in – but it wasn’t really a decision as such.

You released your solo album Make Anger Great Again in September through Konic/MTX Records – you played all the instruments and produced the album at home. How was that experience?

It was pretty cool, actually! I’m very lucky that I’m able to do it. Between Jan and Feb this year, every day I’d just get out of bed, walk straight across the hall into my studio and work on my album all day. It was a very low pressure and low bullshit experience and the whole period just flew by smoothly! Almost all of the Kyshera records were done at my previous house too, so I’ve got a fair bit of experience at all those different roles now and I’ve got a very well defined process that works for me.

The album is politically heavy, what was it that directly inspired the themes on the album?

Ha ha it sure is! Well political themes have always been quite prominent in my songs (check out the  first two Kyshera albums!) so it’s comfortable territory for me. This one though, was inspired by my intense feeling of rage at everything that was happening in the day-to-day politics of the last few years (Brexit, Trump, Boris, Corbyn etc.) and why wasn’t everyone else losing their shit over it too! So the idea of Make Anger Great Again wasn’t just a co-opting of Trumps precious slogan for more  devious purposes, but a genuine call to get up and do something! I picked up the master disc on 20th March, the day that the lockdown was first enforced in the UK – and I had NO idea that literally a few months later, the whole world would be kicking off! The BLM protests around the world and the riots in America, the revolution in Belarus. When my album dropped in September, people thought it was all about that stuff and that I’d timed my album perfectly! I got caught up in the clampdown against it all though – YouTube took the video for The Power down a day after it went up (saying that it was too ‘shocking’) and both YouTube and Facebook wouldn’t let me run any promotion of the song on their platforms as it was too politically sensitive. So effectively, the song was shut down. Obviously with it being the middle of a pandemic too, promoting the album became incredibly difficult. But hey, it’s out there now and the response to the album has been awesome.

Is there a particular song on the album that you think listeners will most relate to?

So far, its Struggles. That’s the one most people have said has really resonated with them the most. Of all the songs on the album that deal with political themes, Struggles deals with how all of this stuff takes its toll on us as actual human beings. It’s autobiographical in places but I think the general feeling of apathy, tiredness and general unfairness of life is something that we can all relate to sometimes.

This year has been a busy one for you. Not only have you released your new album, you’ve  also released your first book Noise Damage: My Life As A Rock’n’Roll Underdog. What inspired you to write the book?

I’m not sure! The band had just broken up a few weeks before and I think I was just going through a kind of existential turmoil of ‘what happens now’ and ‘who am I now I’m not the guy in the band’ and just trying to come to terms with the 15 years of my life that I’d put into the band (and JUST the band!) and all that stuff. I never intended on writing a book but I just started writing. And before I knew it, a book was taking form. Within two months I’d finished the entire book. And a month after that, I’d snagged a publishing deal. So it all moved very fast and before I knew it I had a book published and people were asking me what inspired me to write it! It’s all been a blur and I wish I could say that there was a thought process behind it, but really I think I was trying to make sense of my own things.

What can our readers expect from the book?

Oh man…everything is in there! It’s a rock memoir but with a twist – it’s the tale of all those bands who DON’T get the record deal and what life is like when you’re in a band at that level. We’ve all read the usual cliché rock biographies of debauchery and glamour – this is the story of the REAL music industry, the one that 99% of us actually live in. From the excitement of first gigs, to getting screwed over by everyone, the reality of how the biz really works, road adventures, crooks, crazy situations, mental health degradation, addiction, highs, lows, poverty, rock stars, roof top jacuzzi dwarf parties, therapy and learning to live with the eventual (and crushing) defeat. There are tips in there for new bands, digressions on therapy and mental health and all the life lessons through the struggle. It’s the story of the unsigned, the unsung and the unheard. It’s the story of the underdogs. It’s the story of most bands and I think all musicians will totally relate to it.

Despite all of the uncertainly in the world right now, what are your plans as an artist for 2021?

Ah man, I don’t know. So much of it hangs on this damn COVID shit! Touring was the original idea but I guess we’ll have to wait and see how that goes. Failing that, who knows – maybe another album, maybe another book! Either way, I’ll be active and I’ll be doing LOTS of something!

Thanks for taking the time to chat to us, do you have a final message for our readers?

Sure! Stay safe, stay kind, ignore the conspiracy theorists and go easy on yourself. Oh and come and say hi on my socials at JamesKennedyUK.

Noise Damage: My Life As A Rock’n’Roll Underdog is available to purchase HERE.