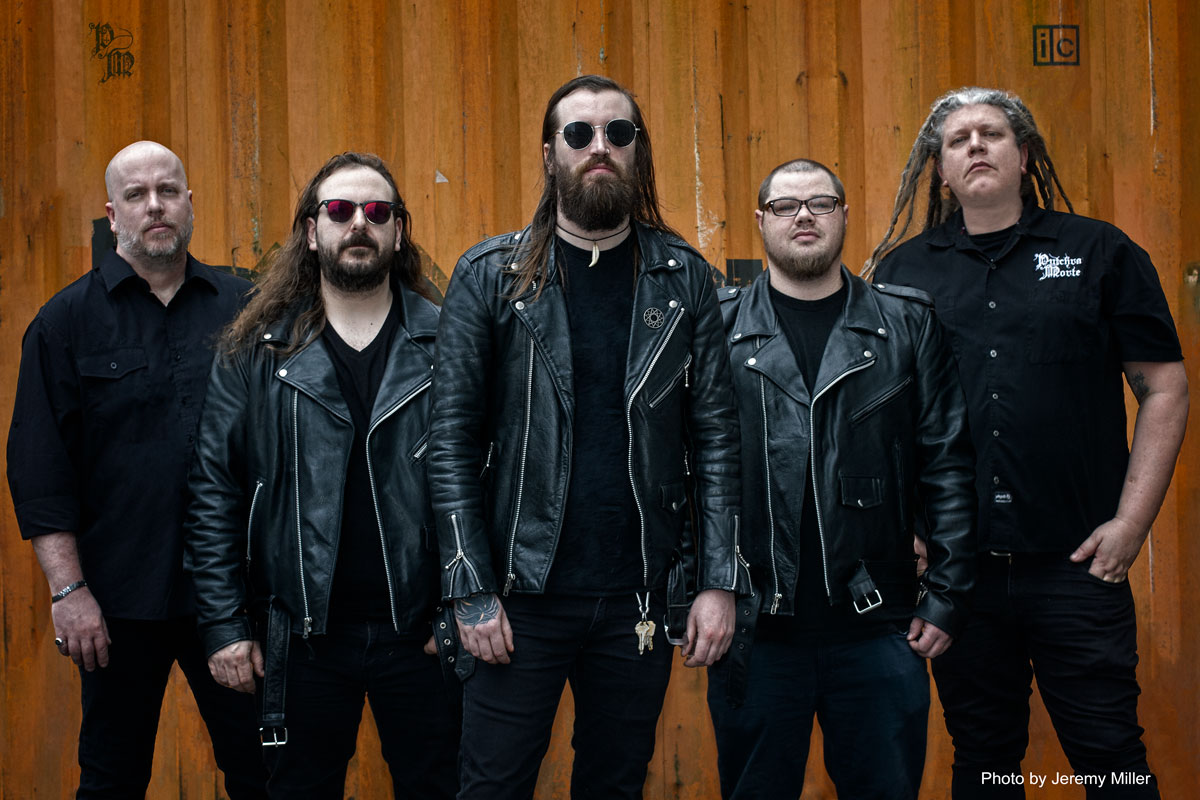 Formed in 2017 by members of Skeletonwitch, Abigail Williams, Eulogy, Wolvhammer and Leagues Below, Pulchra Morte revive and put their own spin on late-‘80s/early-‘90s doom-infused death metal on their latest album Ex Rosa Ceremonia. We caught up with drummer Clayton Gore to find out more…

We are Pulchra Morte from the United States. We play metal music. We are comprised of: Adam Clemans (vocals), John Porada (bass), Jarrett Pritchard (guitars), Jeffrey Breden (guitars), and me, Clayton Gore (drums).

Our original singer Jason Barron found Jeff, Jeff sent me a couple demos in early 2017, and we’ve been going strong ever since. Jarrett joined the band full-time in 2018, Adam and John joined full-time late 2019.

My older brother is a drummer, and I saw his band play a wedding reception when I was a kid. I loved it. Pretty sure that was the moment.

The impetus for starting the band was that there was an era of so-called death/doom metal – talking late ‘80’s to early ‘90’s – that came and went too quickly, in our view. The bands who started that era had expanded their sounds, moved on to other types of things, and we didn’t see many/any bands out there doing that music we so wanted to hear. So we decided to try to do it ourselves. I have no interest in being a copycat band, or straight tribute band, or whatever, but wanted to try to capture that era where songwriting, heaviness, and feeling trumped speed and raw aggression, and bring it forward. I think we have achieved that, while putting our unique spin on it and creating a sound and style all our own. We really want to write songs that are hard to tell when they were written or released.

We are always staying productive, writing and recording as much as feasible. We’d love to bring what we do to other countries (when that can happen again). We love playing together, and love the interaction with crowds.

For those who are yet to see you live, what can they expect from a Pulchra Morte show?

We bring a torso-rattling, heart-pounding sound and intensity when we play. We are all seasoned musicians and aren’t fucking around.

What’s next for Pulchra Morte?

Always forward. Just last week, we spent a few days in a rehearsal/writing/recording retreat, making some things that you’ll hear and see soon enough. We already have structures of four-five songs for the next record. And hopefully, coming soon to a town near you!