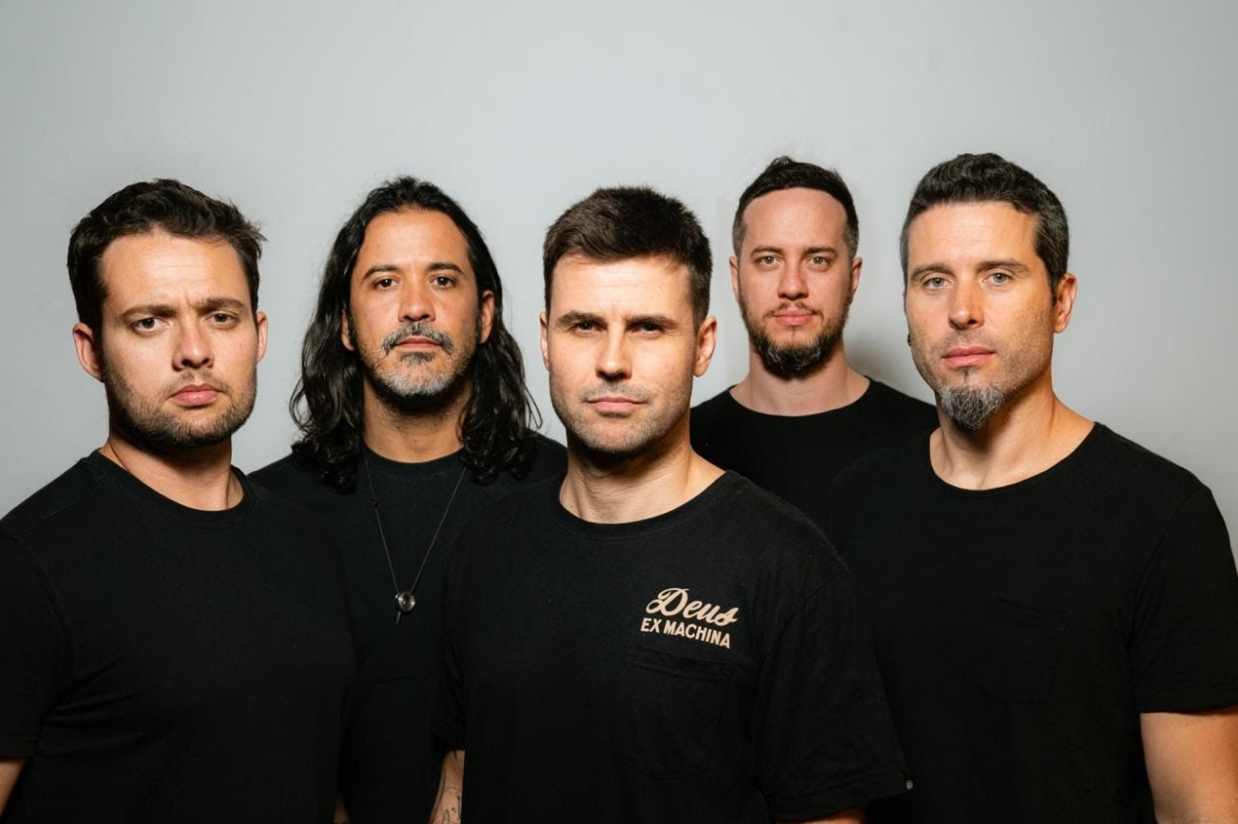 The COVID-19 pandemic may have halted their busy touring schedule (which included stadium dates with Metallica, arenas with System Of A Down and more), but Ego Kill Talent have kept themselves busy in this testing year with their first-ever livestream and more recently, the release of their new EP Part 2, The Dance Between. With plans to release their new album The Dance Between Extremes in early 2021, we caught up with the Brazilian rockers to find out more…

Well, we’re a band of five great friends who love to make music together, to cook, to talk (A LOT), to hang out… This encounter that life provided us really goes beyond the band and each one of us has a safe place on the other four guys – I think this is a very important part of all this and is what keeps it enjoyable and light. All of us have been out there making music for so long, have been through a lot and I think the fact we’re still here doing it shows how passionate we are about it, it’s very true to us.

We’ve been friends for a long time. Theo and I have known each other for 20 years, since 2000. In fact, in 1999 we met without knowing we did, at a Metallica show. We used to have a band called Sayowa and in 2003 we were recording an album at a studio in Rio de Janeiro in which Jonathan was also recording with his former band, Reação em Cadeia, and that’s when we met him. Sepultura was also recording at the same studio, still with Igor Cavalera on drums. Later on we toured with them before and after Jean joined the band. When he left Sepultura in 2011 our band was already apart and he called Theo asking him if he’d like to jam. I joined them at the very first meetings at Jean’s house in São Paulo. I was living in Rio so I ended up stepping back a little bit and re-joined them some time later, when they were a three piece band – the two of them and Estevam, their former band member. I really wanted to play with them so I was willing to grab the bass, although I’m not a bass player, none of us are. We wrote a few songs and started looking for a singer, that’s when Theo immediately thought of Jonathan to fill in, he was the perfect fit. That was in 2014, the year we consider the band was founded. A couple of years later, in late 2016, Estevam left the band and Niper was the first name that came to my mind. I had known him for a few years and just thought he was the right guy. We’ve been in this line-up ever since and feels like the pieces have fit together the exact way they should be.

I began to increase my interest in music when MTV Brasil debuted in 1990, I was nine or ten years old. There was so much great music going on around that time… Metallica, Nirvana, Faith No More, Sepultura, Guns n’ Roses, Pearl Jam, Red Hot Chili Peppers… Also some Brazilian bands like Titãs, Raimundos, Barão Vermelho and many more. I remembered getting crazy about the drums when I saw Sepultura on MTV for the first time, the Arise video and the Orgasmatron video, live in São Paulo. But I was sure I wanted to be a musician when I saw Metallica, the One video. They’ve been my favourite band ever since and the main reason I’m a musician.

It can be anything really. As far as musical influences, there’s a lot of intersections between us, but also a lot of varied stuff. In our dressing room, for example, we always listen to a lot of pop/rock stuff that we have in common. Bruno Mars, Phil Collins, Lenny Kravitz, Biffy Clyro…  I know I’ll get some rocks if I blast some Slayer in there! Hahaha! Particularly I’ve always been into a lot of stuff from metal to Brazilian music, but I think influences and tastes may vary a lot as times goes by.

We aim high! What band or artist doesn’t? I mean, you want to play everywhere and that people listen to your music, that’s what we aim for basically. We just want to be able to do what we do, with high objectives and as long as it makes sense to us. We’re not reinventing the wheel with our music, it’s just true and real for us. I think at the end of the day what we want to achieve is the maintenance of that truth that we see a lot of artists lose when they get to a certain point in their career. That’s when it all stops making sense.

For those who are yet to see you live, what can they expect from an Ego Kill Talent show?

A lot of passion, good music, energy and a good time! We absolutely love doing it, you’ll see it in our faces.

What’s next for Ego Kill Talent?

We just released an EP with four songs, called The Dance Between, and our full album, The Dance Between Extremes, is to be released in early 2021. We also really wish to do everything we were supposed to do this year. We had a tour with Metallica and Greta Van Fleet in April, a couple of shows in Mexico, a few festivals in the US, summer festivals in Europe, a tour also in Europe with System of a Down, another tour with the Foo Fighters… There was a lot waiting for us in 2020 that was postponed because of COVID- 19. One positive thing is that we’ve been writing tons of music during the pandemic and I really think we’ll get out of this craziness with a lot of material to work with, for maybe two albums.

Ego Kill Talent‘s new EP, Part 2, The Dance Between is out now, available to stream or purchase HERE.

VIDEO NEWS: Covey Releases Video For ‘Cut On The Crease’ 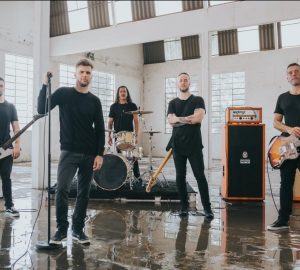 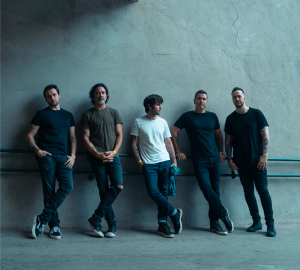