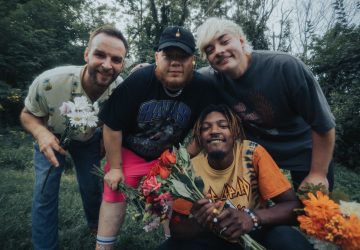 GHØSTKID have released a video for their new single YØU & I, taken from their forthcoming self-titled debut album. The project is the new moniker of Sebastian “Sushi” Biesler (formerly of Eskimo Callboy), who formed the group with like-minded friends.

“YØU & I is probably the most personal track on the record and based on a true story,” the band explains. “It’s the story about a close person who is in a coma… It seems like you can’t really do anything, but somehow you’ve got a connection and it really feels like you are facing all of this together. I strongly believe that being there and letting someone feel that he or she is not alone definitely has an impact. The video is a metaphoric walk through the “coma world“. It’s about finding a way out of it together, about support and about help. Sometimes this is all what we need to make it through tough times… to know that we’re not alone.”

GHØSTKID self-titled debut album is due for release on 13th November 2020 via Century Media Records, available to pre-order HERE.

See GHØSTKID live at one of the following dates: