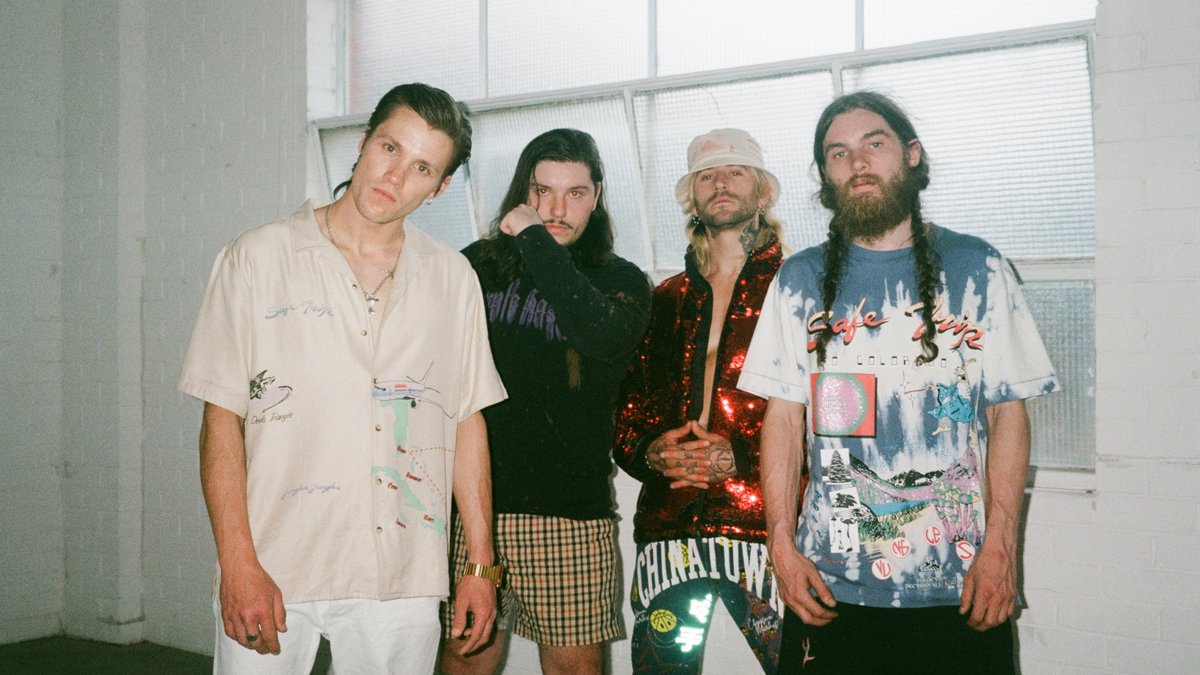 “It feels as though the lyrics have taken on an even deeper relevance when we look back on the stories of life’s fragility that have been making headlines for months,” explains vocalist Dale Tanner.

“Ultimately it hopes to inspire listeners to stop paying attention to the naysayers and the constant reminders that we’re not good enough and instead to chase those crazy life goals to no end. This song is OG running to the rooftops and shouting loud and clear that time is our greatest commodity and we shouldn’t waste a bloody second of it.”

“Dream was written to empower the listener and instil a sense of don’t-give-a-fuck-ery with a bold, glistening undertone of optimism and hope,” adds bassist Twiggy Hunter. “We hope listeners can use this song as a form of lifeblood to not give up hope through the times ahead and go on to prosper and thrive in their own individualism.”

Ocean Grove have also released a remix version of their previous single SUNNY.

DREAM and SUNNY (Remix) are out now via UNFD, available to stream or purchase HERE.