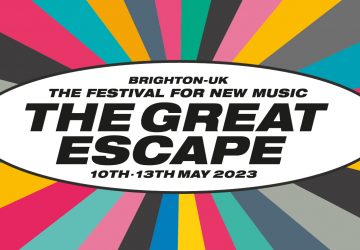 ASCAP, the American Society of Composers, Authors and Publishers, have announced the winners of their first ever virtual ASCAP London Music Awards 2020.

With top awards going to British songwriting talent including Steve Mac (five awards), Bastille’s Dan Smith (three awards), Lewis Capaldi (two awards), CHVRCHES, The xx’s Romy Madley Croft and many more, the winners will be honoured over @ASCAP Facebook and Twitter, and @ASCAPLondon Instagram during 21st and 22nd October 2020 with the hashtag #ASCAPAwards. ASCAP will share exclusive photos and videos from the winners as part of the virtual event.

Film Score Of The Year was awarded to John Lunn for his work on the score of Downton Abbey, Daniel Pemberton received Top Film Awards for both Spider-Man: Into The Spider-Verse and Yesterday, and other Top Film Awards were honoured to Dario Marianelli for Bumblebee, Devonté Hynes for Queen & Slim and Anne Dudley for The Hustle.

Moving to the small screen, Top Television Series Awards were awarded to Rael Jones for Harlots, Ruth Barrett for Victoria and Tom Howe for Whiskey Cavalier.

In a special video greeting to this year’s ASCAP London Music Awards winners (which you can check out HERE), ASCAP Chairman of the Board and President Paul Williams said: “While we’re all separated right now, you are helping us to stay connected. We’ve watched and listened as you’ve found innovative new ways to collaborate with each other and reach out to your listeners on both sides of the pond, and around the world. Your creativity — your ability to take what’s inside your hearts and minds and transform it into music that can connect with millions of people — that’s a superpower. We need your gifts now, perhaps more than ever.”

PRS for Music received a special honour for all of the PRS winning songs, as well as for their work as global innovators in performing rights. ASCAP and PRS have been partners for over 100 years and have a long history of leading the world in protecting, supporting, serving and advocating for music creators. The ASCAP London Music Awards recognise the most-performed ASCAP music of the past year in the United States that is created by songwriters and composers that are members of PRS for Music for the United Kingdom.

A full list of ASCAP London Music Awards 2020 winners can be found HERE.