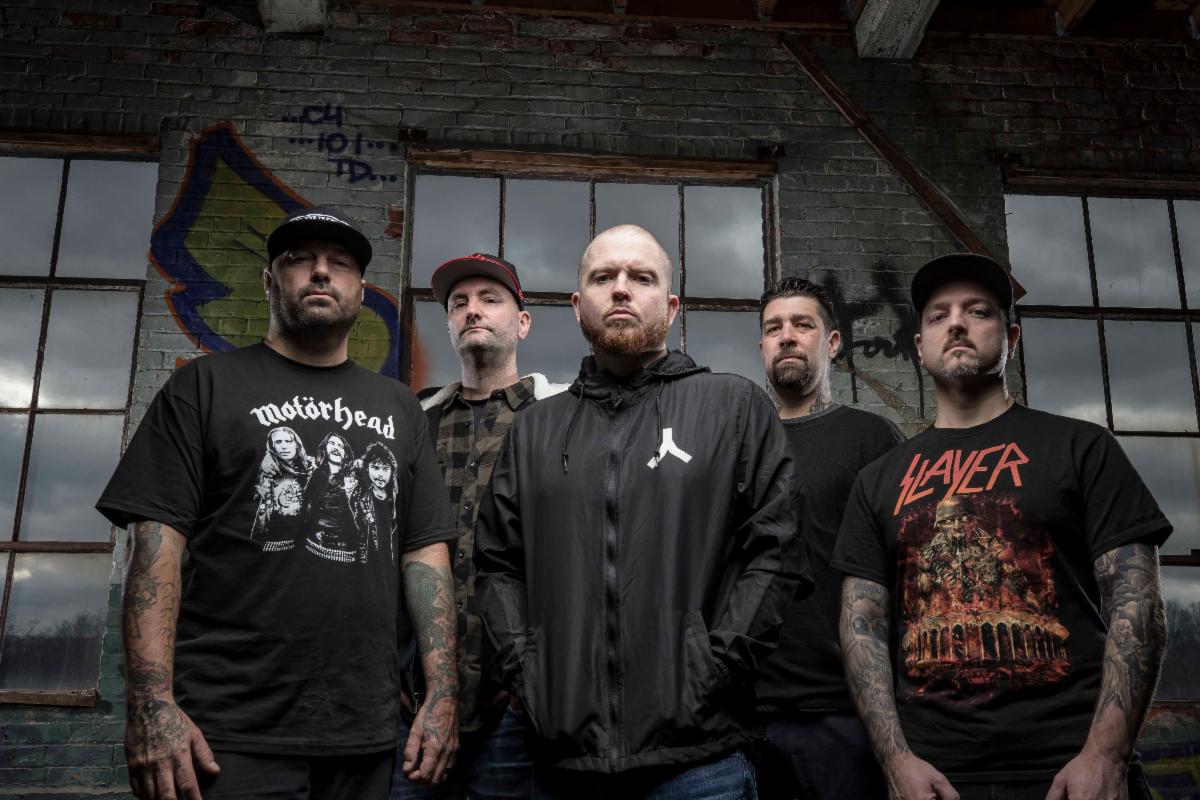 Hatebreed have announced their eighth studio album Weight Of The False Self, due for release on 27th November 2020 via Nuclear Blast.

“When writing lyrics and riffs, I try to be in the moment, getting a mental picture of my current reality in order to convey what I want to say,” explains frontman Jamey Jasta of the new album. “Sometimes, I think my reality consists of two irreducible elements, expressed by the age-old interior battle of the dualistic self. The angel on one shoulder stands firm, providing reason, wisdom, and compassion while the devil dances angrily on the other, ranting with passion, spite, and dark desire. I often wonder if a truly centered mind is attainable, an effortless and non-dualistic state of equilibrium. Until then, I’ll just listen to both sides of my personality and hope I make the right choice. At the end of the day, the listener will choose to hear what they want, but when I am writing, I imagine the voice of the angel to be a lil’ louder.”

Hatebreed have also revealed a lyric video for the album’s title-track, Weight Of The False Self.

Like what you hear? You can pre-order Weight Of The False Self and stream or purchase the title-track HERE.

MUSIC NEWS: Dragged Under Announce ‘The World Is In Your Way’ Deluxe & Reveal Video For ‘Just Like Me’