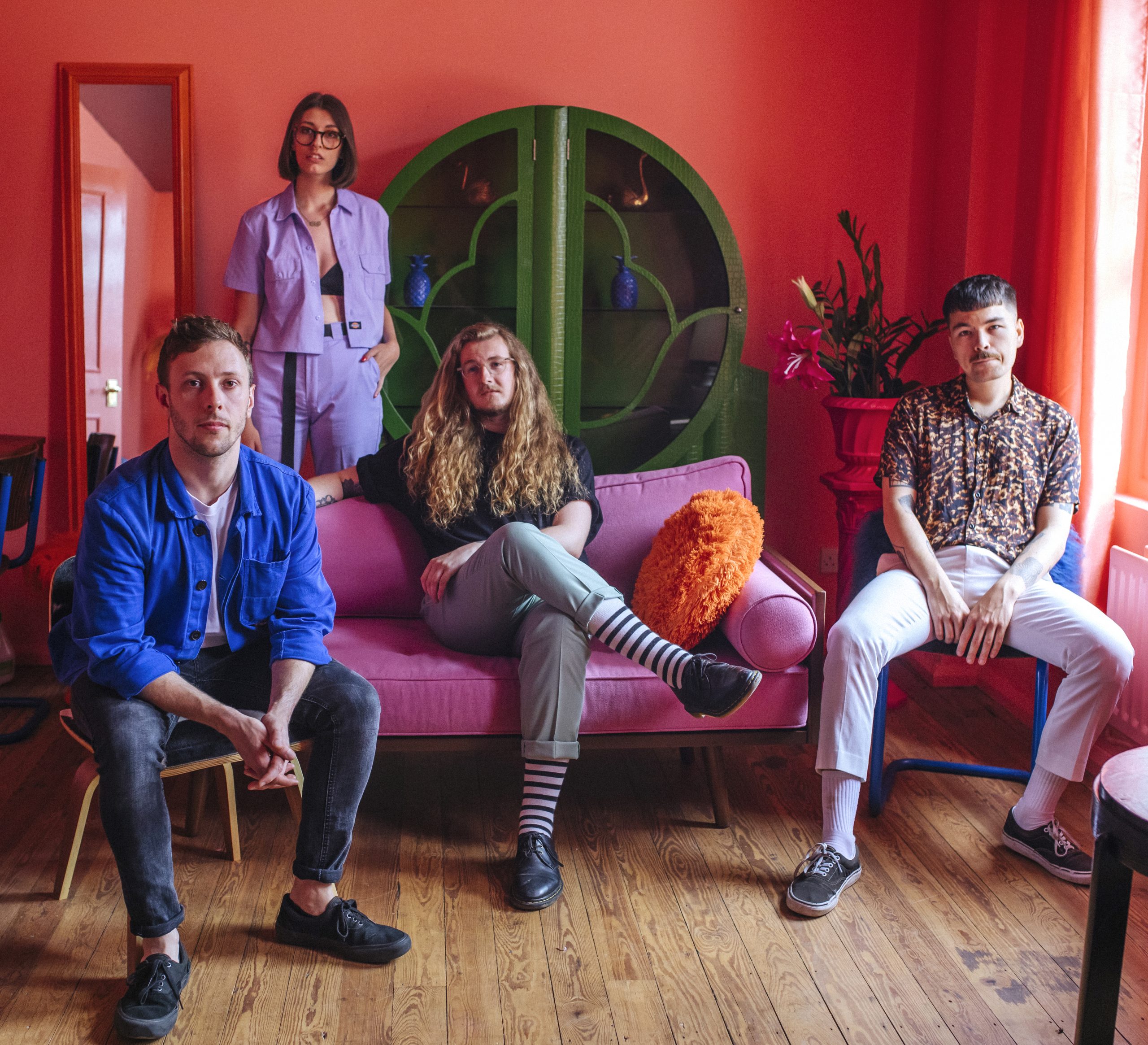 Orchards have released their new Acoustic EP, which was recorded in separate locations during lockdown. The EP features renditions of fan-favourites Age Of You and Be Here, as well as tracks from the band’s debut album Lovecore.

“It sucks we haven’t been able to tour our debut album yet, but everyone’s in the same boat so it pretty much sucks for everyone. We never intended to make an acoustic EP, we were recording some songs for a radio session with Huw Stephens and decided to just keep on recording,” Orchards explains.

“It’s the first time we’ve ever really delved into recording ourselves so it was definitely a learning process for all of us, but we’ve ended up learning a bunch and have created something we’re all super proud of. As we were split across 2 flats, it was a lot of trial and error, but we had help from Jon Hucks who recorded Lovecore and we had a laugh making it – not quite sure our neighbours would say the same though!

“This EP is for sure a different vibe to our summery pop album but we hope you love the chilled energy as much as the crazy climbing over bars energy we normally bring on tour! We cannot wait to be out there eventually playing the album for you all, with the bells and whistles, but for now, here’s some summery cuteness.”

You can stream or purchase Orchards‘ new Acoustic EP HERE.

After being forced to postpone their UK tour due to the ongoing COVID-19 pandemic, Orchards have also announced rescheduled tour dates for 2021.

Original tickets for the tour remain valid for the 2021 shows, with remaining tickets on sale HERE.