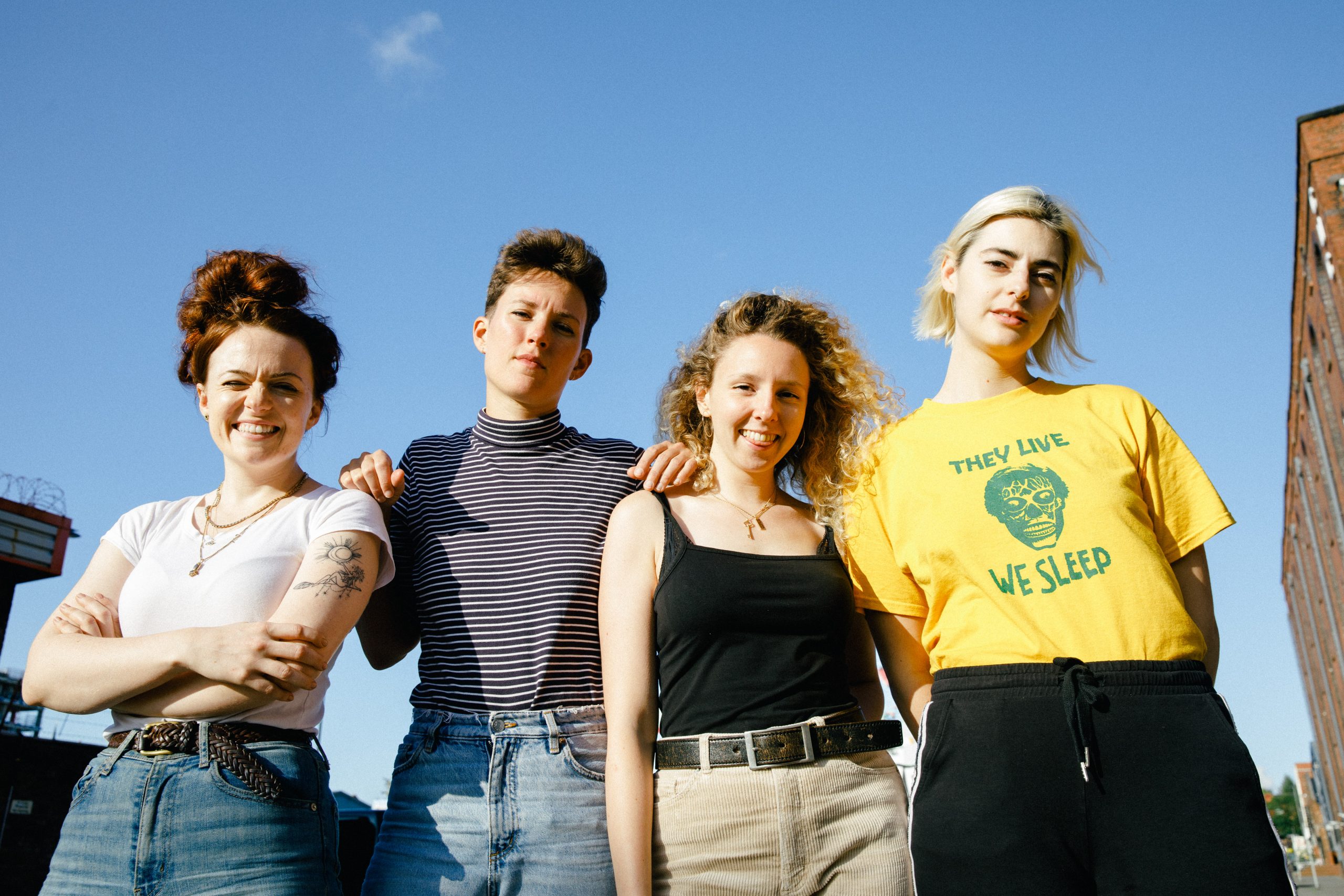 Dream Nails have released a video for their latest single Jillian, taken from their forthcoming self-titled debut album.

“This is a song about realising you’re queer while you’re doing a workout DVD,” explains vocalist Janey Starling. “It’s a personal-power anthem about finding the strength to come out; that’s what the line ‘I feel the fear leaving my body’ is all about.

“Both [bassist] Mimi and I discovered strength training through Jillian Michaels’ ‘30 Day Shred’ home DVD, and the catch-phrases were too good to not make a song from! Since then, she’s said some uncool and unkind stuff to Lizzo, which we were really gutted to hear. This song is very much about finding your own strength, regardless of your body shape.”

Like what you hear? You can stream Jillian HERE.

Dream Nails‘ self-titled debut album is due for release on 28th August 2020 via Alcopop! Records in the UK, available to pre-order HERE.