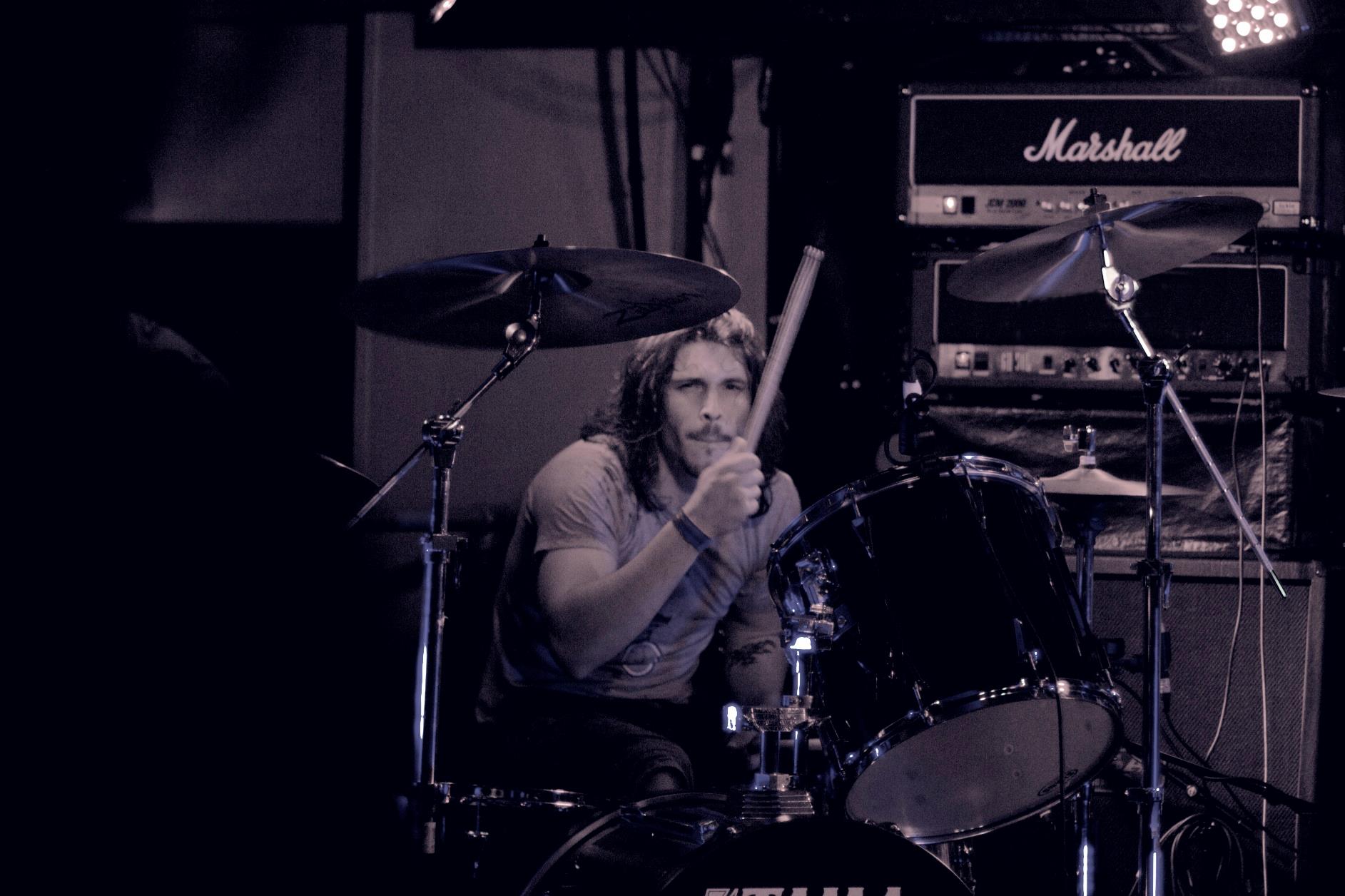 Due for release on 10th July 2020, the EP was written, composed and recorded by Jourdan at the Batcave Studio in Paris, France, and mixing and mastering duties were completed by Octave Zangs (his fellow Cherry Bloom bandmate) in Portland, Oregon.

The instruments that you will hear in Home Alone were composed and recorded entirely by Jourdan, and the EP’s lyrics tackle themes of his life experience, including his day job as an undertaker at a funeral home.

Born in Paris into a family of musicians, Jourdan taught himself music from a young age, starting with guitar and quickly turning to drums. After quitting school at fifteen, he met Octave Zangs and formed Cherry Bloom. Together they recorded two albums, Secret Sounds and Open & Die, which led to touring in France, Switzerland and England.

In 2012 Jourdan met Luis Felipe Zschoche, lead singer/guitarist of Captain Americano, and joined the band as their drummer. Following the release of an EP and lengthy touring in France and Belgium, the band set to work on their debut album in 2015. However on a fateful night of that same year at an Eagles of Death Metal show, Zschoche and his wife, Cécile Misse, tragically passed amidst the terrorist attack on the Bataclan in Paris. A few months later, the remaining band members were invited by Jesse Hughes, frontman of Eagles of Death Metal, to finish the album in Los Angeles; however during the process the quartet realised that it had lost its soul, and decided to split up.

Now, Jourdan reveals his new project Alista, born out of a desire to continue with his passions, despite the curveballs that life has thrown at him.

Home Alone is available to pre-order via BandCamp HERE.