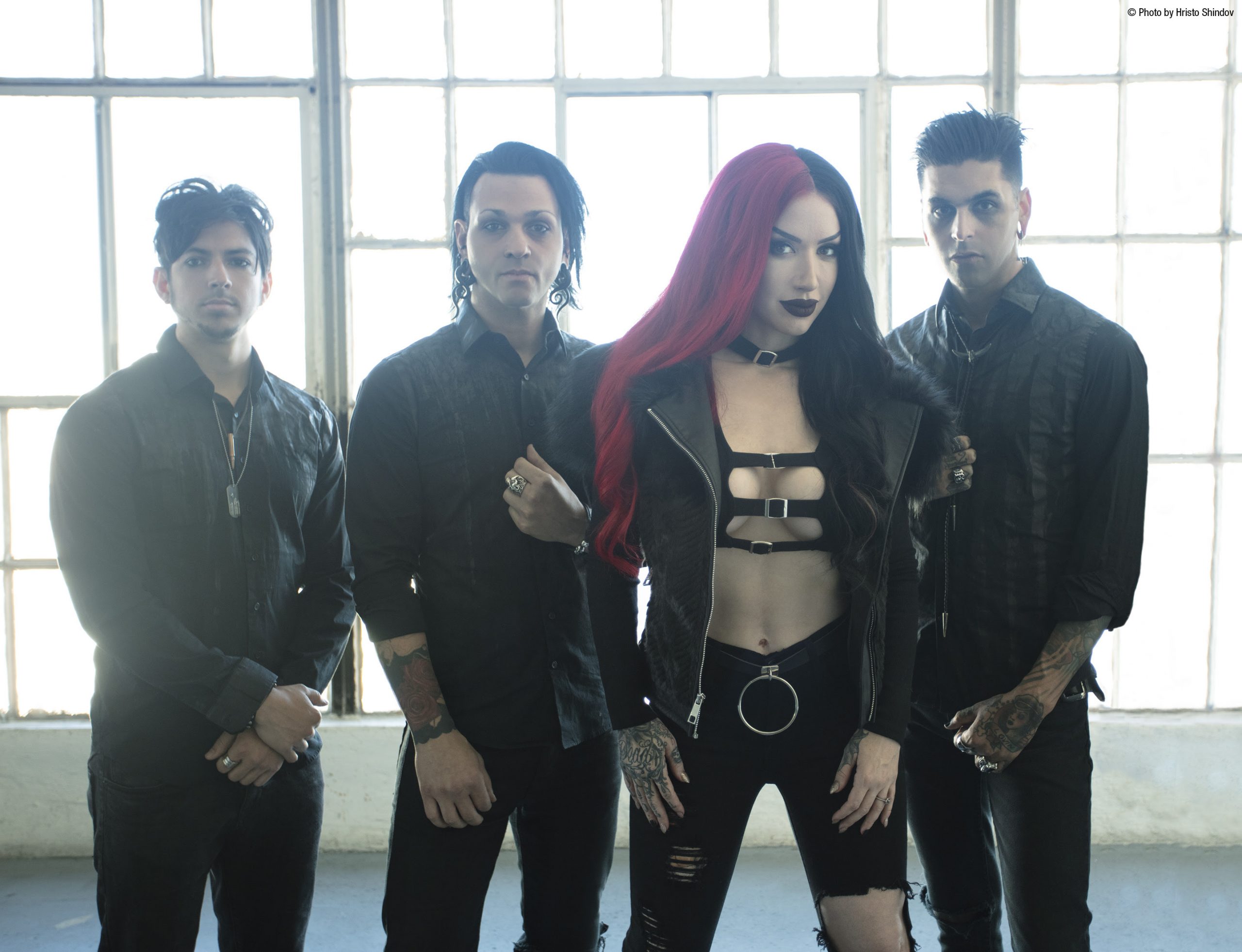 New Years Day have released a video for their latest single Skeletons, taken from their 2019 album Unbreakable.

“It’s clear to me that Skeletons is a favourite along the NYD fan community since day one,” says vocalist Ash Costello. “Something about this song resonates. The right mix between heavy, soft, strong and soft vocals really made it stand out on our record from the rest. The song is about opening up and letting who you hide inside come out, so for that reason, I performed the song alone on the music video. It’s tough because it makes you vulnerable as a rock front woman to be without your band but it changed the performance into something pretty unique from our other music videos. I hope everyone enjoys it.”

Unbreakable is out now via Century Media Records, available to stream or purchase HERE.

Earlier this year, New Years Day released Through The Years, a limited edition boxset featuring all seven of the band’s albums on custom coloured vinyl, a blu-ray of their music videos and a four-page picture book of never-before-seen photos, which were handpicked by Ash Costello with handwritten captions. Limited to 500 copies, available to purchase HERE.