MUSIC FEATURE: Behind The Noise – HAVELOCKE 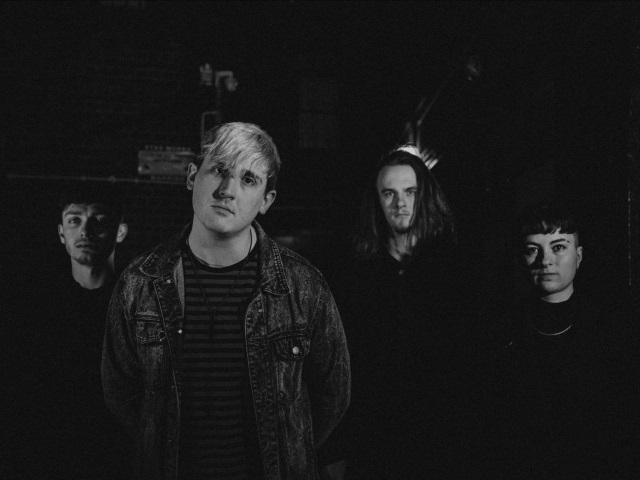 Sheffield-based punks HAVELOCKE return with their single Drowning, their first new material since 2019’s This Is Havelocke EP. With an accompanying video directed by While She Sleeps bassist Aaran McKenzie, we caught up with the band to find out more about the new single and video, including themes, the band’s new approach to writing and behind the scenes stories.

Drowning is probably the first song that we’ve written and instantly thought “this is a single”, we just clicked with this song straight away. It’s got big, juicy riffs and a big, catchy chorus. We worked really hard on the production of this song with our friend Dan Jeffreys at Treehouse Studios, throwing in a bunch of layers and synths to add a big atmospheric prowess to the song.

This is the first time that we’ve done pre-production for a track, and I think it really speaks for itself. It gave us a chance to properly look back at the song and work out some kinks before going into the studio for the final product. I really wanted to give people something to singalong to, so the “I’m Drowning” hook really plays into this.

Lyrically, I struggle to get away from talking about myself. I’m quite a reserved guy but that doesn’t mean I’m not full of emotions, it just means I don’t vent them. This song is about letting out those emotions, which can take out all your energy, but if you don’t do it you just end up Drowning in them.

We got in touch with Aaran early on for the music video (he’s done the videos for our last couple of singles). We had the idea of doing some underwater filming to fit with the feeling of drowning. Aaran then added the story/other shots highlighting that even when you’re out and should be happy, you can be weighed down by everything inside your head.

There’s a few, obviously there’s so many different locations and scenes within the video that we ended up racing around Sheffield to get them done. The underpass shot in the video was fun to make, we basically just had to throw a bottle of water at our friend Jez over and over until we got the shot right (thanks, Jez). We definitely got a bit of attention from passers by with that one! Over at Park Hill, we actually bumped into a bunch of other people filming for a separate music project too.

Just to please stay safe in these mad times, and use this time to do what you love (if you can do that at home). Hopefully, we’ll see you at a show on the other side!