Birthmarks have released a video for You Are One, recorded live at The Bookhouse in London. The track is taken from the band’s forthcoming debut album …And Then The Rain Stopped.

“You Are One is a track about obsession and false memories,” explains vocalist Daniel Cross. “It’s based on the concept that every time you remember an event, you’re actually recalling your last memory rather than the event itself, causing distortion and haze. In theory, you can flood your own memory with false information creating your own version of what happened…I’ve done several times, it’s as an unhealthy defence mechanism. I was in a very toxic situation with someone who I became pretty obsessed with; it spiralled out of control to the point where I’m not entirely sure about what happened anymore. The song’s essence was taken from the confusion, resentment and the events surrounding that situation.”

…And Then The Rain Stopped is due for release on 27th March, available to pre-order HERE.

See Birthmarks live at one of the following dates: 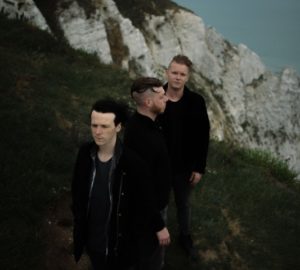