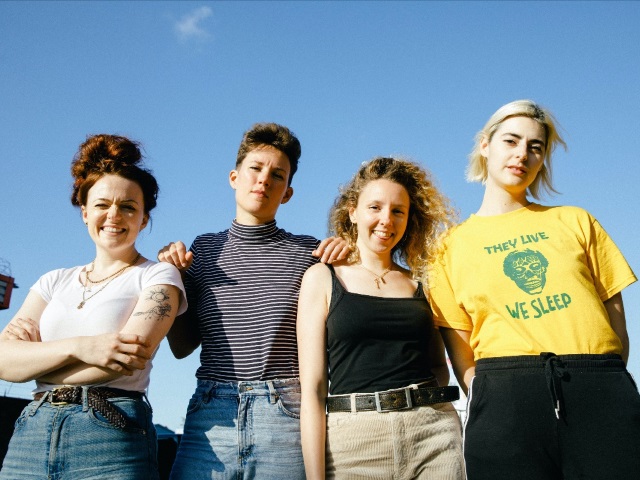 Dream Nails have released their new single Kiss My Fist, railing against homophobic violence. The track is taken from the band’s self-titled debut album, which will now be released on 4th September via Alcopop! Records.

“As a queer woman, I live in fear of violence every day because of my sexuality and the way I look,” says guitarist Anya Pearson. “We were all shocked by that image of queer couple Melania Geymonat and Christine Hannigan, who were left bloodied and bruised by a group of teenagers for refusing to kiss on a London bus.”

“In the UK anti-LGBT hate crime has surged in the past five years,” Pearson adds. “On the one-year anniversary of that attack, we are releasing Kiss My Fist in honour of all the queer people of this world trying to get from A to B without getting beaten up. Our message to homophobes and transphobes is clear: ask us to kiss again, and we will eat your brain”

Dream Nails have also confirmed that they headline tour is being rescheduled for September/October, all previously purchased tickets will remain valid.

VIDEO NEWS: Katatonia Release Video For ‘Behind The Blood’