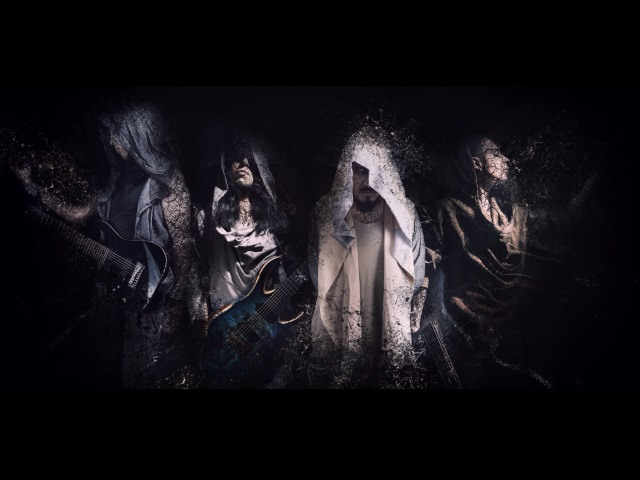 Formed in 2019, Mexican melodic death metallers Afterfall have already been giving fans a taste of their upcoming album with their singles Maere and Requiem. With lyrical themes that are based on a fiction novel written by the band, each single represents a chapter of the story and delivers a unique sound that incorporates metal elements with Middle-Eastern instruments and baroque orchestration. We sat down with the band to find out more about their musical style, what it’s like to start a band in Mexico and more.

You guys play a very accomplished-sounding progressive metal. Can you tell us a little about your influences and how they have shaped your sound?

Oh, thank you so much! The truth is that we ourselves still don’t know what kind of specific sub-genres we play, but our influences go from stuff like Fleshgod Apocalypse and Septicflesh like almighty orchestral riffs, Gojira‘s groovy blast beats and double bass drum parts, melodies in the style of the powerful yet aggressive riffing of bands like Bloodshot Dawn or In Flames, the Phrygian sound by Shokran and Orphaned Land and the atmospheric, beautiful and elegant style of bands like Tesseract, Opeth and Ne Obliviscaris. We think these bands have left their mark on our sound because all those aforementioned elements are the sum of what we really like to play. No matter how different our influences are, the band focuses on mixing our favourite aspects from those artists into a song that makes sense and we end up loving.

Requiem is a stunning taster of where the band is today, can we expect any more music in this style or will you evolve the sound on your next release?

Of course you guys can expect something else, there are elements that are highlighted in Requiem but not in the exact same way. What we are trying to do here is give every song on the album a particular identity, to deliver an enticing album from head to tail, while the band’s style remains present.

Mexico clearly has a great emerging rock scene, how has it been starting a band there?

Well, truth be told, even though the scene is continuously growing, this has not been anything near to an easy ride. As a new band trying to spread their music, we’ve stumbled upon many difficulties when it comes to getting the attention of specialised press, magazines or radio stations. It may be because they are unfamiliar with a totally new band, and perhaps not that willing to embrace us in the same way they do with a five-year old well-known project for example. Plus, there’s still rooted in a part of the audience this despicable belief that there’s no good bands from Mexico, so some are not even willing to listen to your band or attend your show if they know that you are from Mexico. Fortunately this belief as ridiculous as it is and things have been changing, bands are working as hard as they can to release their very best music, and we hope all of this hard work could change things for the better in the near future.

Are there any plans to take the project live?

Absolutely yes! We know it seems really odd that the band isn’t out there hitting the road. Since the release of our two new songs we haven’t played any shows, but we’ve had a plethora of feedback from our fans. It’s just that based on our personal experience, we’ve decided that we want to first give our audience an opportunity to fully know our work and playing style through our singles, while giving ourselves the needed time to properly flesh out a set-list structure, band identity and a quality performance. So when the right time comes for us to take to the stage, the people attending to our dates will live a unique and worthwhile show in exchange for the time and support they give us.

Where would your dream tour be?

Uh, that’s a good one. Of course we’ve dreamed about playing the European festival circuit, from Wacken to Bloodstock to Hellfest andd then getting back for the festivals here in Mexico. Our dream tour would not only be in Europe, or solely playing festivals, but playing in every place where there was a really excited and eager crowd, no matter if that means here in Mexico, all around the whole country, or on the stage of the Royal Albert Hall, our dream tour would take us wherever the audience really, really wants us to play.

Are there any bands you’d love to tour with?

There’s a whole lot but for the sake of not making this a thirty page list, let’s dig in our top five, shall we? Our dream tour would be:

Would you ever consider writing a song in your native language?

Oh, yes, we’ve already had many talks about this. Since writing a song in Spanish is a common request from a part of the audience, the answer is yes! If we manage to find a song that sounds great in Spanish and we like it, we really feel it’s a great song and will satisfy the crowd when played live, then Si! There will be a song in Spanish.

What are the plans for new music, is there an album coming soon?

Oh, sure! There’s an album coming out and we can say it’s going to be eight tracks long and will delve into the concept we’ve been exploring with our first two songs (telling a novel written by the band, chapter by chapter). Since our plan is to release this album on a song-by-song structure, the next thing you guys are going to hear from us is a new single (with a new music video) soon, and we promise this song will be much more aggressive.

Anything else you want to add?

Thank you very much for the opportunity, for the time you spent listening to Afterfall and for the work you keep doing to spread new rock and metal acts far and wide. Gracias! As we say, we really enjoyed this talk with you guys!

Thanks guys, and best of luck with the forthcoming album!