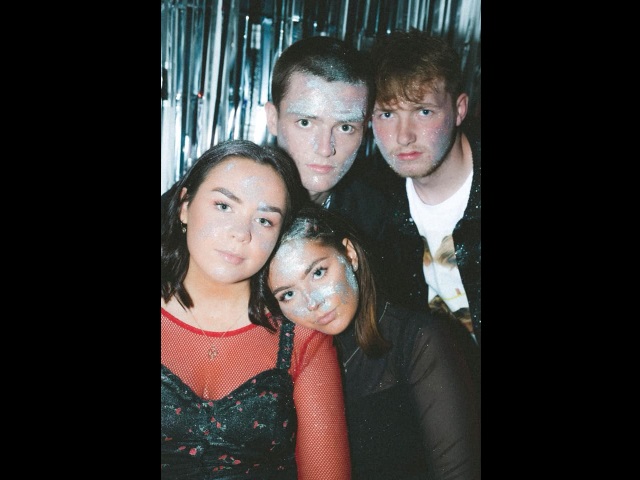 From numerous sold-out shows to BBC Radio 1 airplay, Scottish newcomers Spyres have achieved an impressive amount since their formation in February 2019. Kicking off 2020 with another sold-out show in Glasgow and a tour supporting Lauran Hibberd, we caught up with bassist Jude Curran and guitarist/vocalist Emily Downie to find out more.

Jude: You’re speaking to Jude Curran, I’m the oldest member of Spyres and I’m the bassist.

Emily: I’m Emily Downie, I play guitar and sing alongside guitarist and vocalist Keira McGuire and our drummer is Alex White.

J: We are based in and around Glasgow with Keira and Emily still at school. Alex and I left and are on to college!

J: It’s mad to think that we haven’t even been together for a year yet!

E: Keira and I were playing as an acoustic duo for a few years prior to starting Spyres but we were so keen to do something different.

J: Keira knew me through Instagram and asked if I was up for being in the band and I knew Alex through football and remembered he was a drummer so we got him in too. We all got together and had a few practices, I remember it being pure awkward the first time we all met haha, we didn’t know each other or really what to play but February we started to take it a bit more serious and had a gig lined up and ever since its been the best adventure. Would like to clarify we are all best pals now and the awkwardness was worth it ha!

E: The praise we are getting for Otherside as well as the radio play we have had has been unreal! Certainly not where we thought we would be so soon.

E: I think I certainly wanted to start making music from seeing my dad play in bands and writing his own songs when I was growing up. I wanted to do the same. I got a guitar when I was a bit older and started playing with my dad helping me. I remember hearing The Beatles and The Rolling Stones songs my dad would play so effortlessly and being determined to play them when I was like eleven haha. They were definitely one of my first musical inspirations when I was younger and still are today! As a band, I think growing up with our parents having good music taste is a big plus as well.

E: We are influenced by many female artists, we can probably all agree Courtney Barnett is our favourite artist. Everything about her is just so cool from the stories she tells through her songs to seeing her live, it’s just so captivating! Wolf Alice and Alvvays are also up there too. We love older bands as well such as The Cure and The Jesus and Mary Chain, with their unmissable riffs and presence on stage. But we certainly have to mention the Glasgow music scene! By far the best scene IN THE WORLD. Every band has something different and appealing, we’re all pals and it’s a really supportive scene, we love The Lapelles and Declan Welsh and the Decadent West especially.

J: We hope to keep on writing, making and releasing music!

E: We love playing live and want to keep on playing gigs and festivals. Glasto headliner sounds nice and maybe a wee platinum selling album disk would look good up on the wall too.

For those who are yet to see you live, what can they expect from a Spyres show?

E: At a live show, expect to hear pedal driven rock and punk influences! We play a cover of Deceptacon by Le Tigre and like to go mad with the feedback and the fuzz, it is definitely a favourite as well as Otherside. Recently seeing the audiences singing the lyrics back and jumping about is crazy and a great way to end our sets.

J: We always just want to do it all over again. Our music is certainly energetic as we have a good varied set of heavier rock songs and more summery chorus like songs. It’s always a good time at a Spyres gig!

What’s next for Spyres?

J: Next up, we have our first headliner gig at Broadcast, Glasgow for This Feeling Big In 2020! We’re buzzing as it’s already sold out and it’s our first gig of the new year!

We also go on tour with Lauran Hibberd in February as well down south, tickets are still available! Lauran actually has a new single out soon Bang Bang Bang, we can’t wait to hear it at the shows.

E: We’ll be releasing our new single Fake ID soon, so you’ll have to stay tuned!

See Spyres live at one of the following dates: 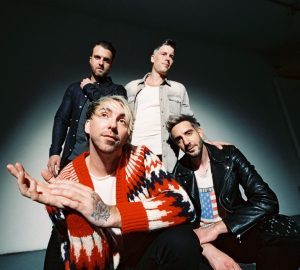 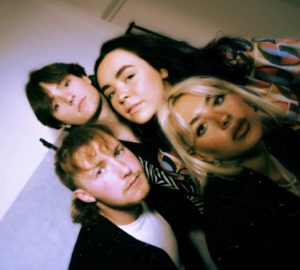