Slipknot have released a video for their single Nero Forte, taken from their latest album We Are Not Your Kind. The video comes ahead of the band’s busy start to 2020, which sees them tour the UK in January in support of the album.

Slipknot‘s latest album We Are Not Your Kind is out now, available to purchase HERE.

See Slipknot live in the UK with special guests Behemoth at one of the following dates:

Tickets are on sale for UK dates HERE and Ireland dates HERE.

Slipknot have also announced the inaugural Knotfest UK, which will take place at The National Bowl in Milton Keynes on 22nd August. The band will headline the UK festival, marking their first return to The National Bowl since their performance Ozzfest 2001.

2020 will also see the additional expansion of Kn0tfest with the first Knotfest At Sea, departing from Barcelona, Spain. Taking place between 10th-14th August, Slipknot will perform two sets on board the ship, with the full line-up announced soon. The cruise will also include a stop off in Naples, a live Q&A with members of the band, a Sid DJ/MC Set, a Slipknot Whiskey Tasting & Discussion with Clown (limited capacity) and more experiences to be announced.

Members of Slipknot‘s official fan club, Outside The 9, will have first access pre-sale for Knotfest UK on 19th December at 10am GMT. Fans can join and get their passcode by via the website HERE.

Tickets for Knotfest At Sea are on sale HERE.

MUSIC NEWS: The Plot In You Announce 2020 UK/European Tour 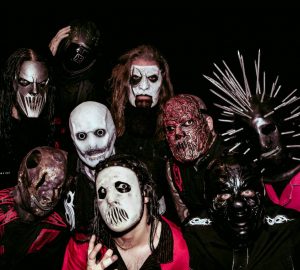