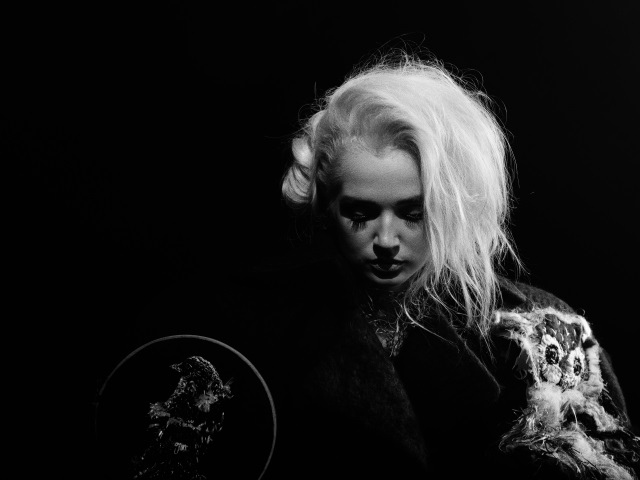 Poppy has been turning heads on a global scale, with a series of genre-bending singles leading to the release of the singer-songwriter’s third album, I Disagree. We caught up with Poppy at Las Rageous to talk about the new record, touring with Bring Me The Horizon, fashion, the effects of social media and more.

So firstly, thank you for taking the time to speak to us at Las Rageous today! How are you feeling about performing later?

Excited. I get to play as the sun goes down, so that’s fun.

Amazing, and have you been to Las Vegas many times before?

Yes many times, for a couple of different festivals and on my first couple of tours.

So you recently collaborated with Fever 333 who are also performing today, how did that come about?

Well I actually just met Jason [Aalon Butler, vocalist] for the first time like five minutes ago, but it came together because Stevis [Harrison, guitar] and I have a couple of mutual friends and he was in the studio working on his project at the same time that I was. So he came in and laid down some guitars and that was how it started.

So Las Rageous is actually part of your tour with Bring Me The Horizon, how has the experience been for you so far?

Pretty great so far, we’re only a couple of shows in but they’re very sweet guys and I got to hang with them for a little while at Aftershock Festival the other day, which I unfortunately couldn’t perform at. It’s a funny story, we were coming from Phoenix and the wildfires in Los Angeles were pretty intense, so we had to take a different route and we were a couple of hours late and missed the set…but I did get to hang out with a bunch of friends, so that was good.

Oh we’re sorry that you had to miss your set! It sounds like you didn’t lose out entirely though. So what’s it like touring with a UK band? Have you picked up on any mannerisms or colloquialisms that you don’t hear in the States?

Erm…nothing that I’ve picked up on. Their shows are pretty great, I love the dancers and the costume changes and everything.

Yeah, we saw them headline All Points East in the UK and that was incredible. You’re only a couple of shows into the tour, but does touring with a band of that size taught you anything?

Yeah there’s definitely always something to learn and I’m just taking it all in!

You release your new album I Disagree early next year. The singles you’ve released so far are hinting towards a heavier sound, is that something we can expect from the record as a whole?

Yes, I would just use ‘heavy’ as the blanket term to describe it, as opposed to subscribing to one specific term.

Having listened to the singles so far, you can’t pigeonhole your sound…

There seem to be so many different influences, for example in Concrete we can even hear some Queen in the guitars which we love…have your influences changed over time now that you’re moving into a heavier territory?

Yeah I’ve been listening to a lot of music, like Ozzy Osbourne and also even more Gary Numan than I was previously. Skinny Puppy as well…I’ve always listened to that music, but now I feel like I’m really listening to them.

Yeah, it’s coming through now, we love the crossover of genres!

Let’s talk about the artwork, it’s very distinctive. Where did the concept come from?

So there’s an artist that we worked with, his name is Jesse Draxler. I’ve been a fan of his for a while now and my collaborative partner Titanic Sinclair actually worked with him maybe like, ten years ago? And Jesse has done so many amazing, high level shows and works since then, so it’s funny for Titanic to see it come full circle. But yeah, I was just a fan of Jesse’s work and he mainly works in high contrast, black and white, so we got to play with the colour images as well. You’ll see that in the packaging when it’s finally released.

You also have a very distinctive fashion style, do you style yourself?

Thank you. I’ve worked with a stylist in LA for quite a few years now, her name is Samantha. It’s changed since the beginning, but I tend to gravitate towards things that are very comfortable [laughs] if I’m comfortable, then I don’t think I don’t look very good at this point! [laughs] But I like fashion, it’s like wearing your insides on the outside.

We like that! We’d also like to talk to you about social media, nowadays it’s such a prominent feature in everyday life which can be a great thing, but it can also be quite toxic. What are your thoughts on social media? Do you think the pros outway the cons?

I think it serves it’s purpose and I wouldn’t be where I am or who I am without it, which is an interesting thing to say…but now my approach is a lot different to what it used to be, and I have timers on my phone so I don’t spend a lot of time on it, because it takes over your brain and your thoughts. I think that it’s programming everyone and everyone is addicted to it, so I try to just go on and leave as fast as possible. But I also love using Instagram to talk to my fans, viewers, following there. That’s my main social media platform at this point, I don’t use Twitter anymore…

That follows onto our next question, you have a really impressive following. Have you found that social media has helped you to reach out to the UK and further global audiences?

So once you release the album you tour the UK, for those who are yet to see you live what can they expect from a Poppy show?

Thank you for taking the time to talk to us today, do you have a final message for our readers?

Come see me on tour!

We will, thank you so much!

Thank you so much.

Poppy‘s new album I Disagree is due for release on 10th January 2020, available to pre-order HERE.

See Poppy on tour at one of the following dates: 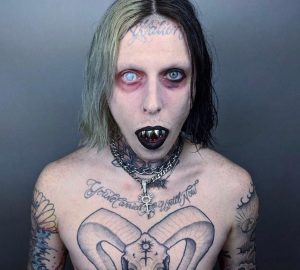