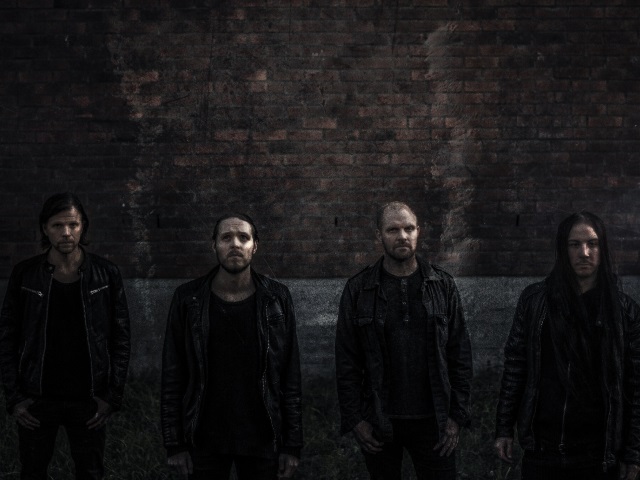 Fredrik and Mattias Norrman from Katatonia and Alexander Backlund and Jonas Sköld of Letters From The Colony join forces once again to form what is very much the Avengers of Swedish rock: welcome back Thenighttimeproject, with their second LP, the elegantly named – Pale Season.

Three years after their textured, well received self-titled LP we’re guided back into to the world of Thenighttimeproject, as bleak as it is beautiful. The reintroduction itself is serene and tastefully scratchy. Hound looms excitingly, building pressure with Backlund anthemicaly repeating “It’s never ending…” with some delicate electric guitar playing. There’s a tranquil darkness here that offers a lot of optimism for the rest of this record.

Rotting Eden wakes up the LP a little with it’s sonic feel, but let’s not forget this is Thenighttimeproject, where melancholia is key, the melodies conjure a sense of desolation and the track instantly feels as if it would be at home on the soundtrack of Watchmen. Indeed, Thenighttimeproject have a real talent for producing music that encourages a very distinct, dark and enigmatic emotional landscape, often setting a vivid scene in the mind. The sounds from first single of the LP, Embers, is soaked in intrigue and mystery and the record’s titular track’s melody is underpinned by an attractive beat, feeling comparatively textured to some of the latter tracks on the album.

Morseo than their previous LP, Thenighttimeproject have developed a taste for the epic, with tracks such as Final Light coming in at a boastful seven mins 33 secs. Anti Meridian, though not as long, could tonally sit as two separate songs with its significantly slower second half. But it’s Pale Season’s eighth track that takes home the trophy by weighing in at a tad off eight minutes itself. These goliath tracks do somewhat tilt the scales of structure on the record a little, but the latter example, Signals in the Sky, deserves every second of its epic runtime – the first minute of which is a superb build up which is unexpectedly broken by powerful, ethereal female vocals. Like a concoction of Hope Sandoval’s vocal chords, with a drop of Florence and a pinch of Amy Lee, this welcome new voice naturally stands this track out in a big, big way. When the electric guitars join these vocals Signals in the Sky propels into the air itself to become debatably the best track on the record, and could be an appropriate alternative theme to BBC’s Luther series. Vocal surprises on Pale Season don’t end here though. The dreamlike, lyric-less Meridian is a pleasant daze and a fascinating soundscape to close the record on.

Pale Season is said to be named, not after the year’s changing climate, but actually the patches of memory that tend to fade into nothingness. Does Thenighttimeproject’s latest LP fit this description?  Not quite, it’s been saved this time by its diamonds in the rough, and they really do shimmer. This LP may not be as diverse and textured as its predecessor but it is atmospheric, experimental in parts and packs a punch.

For Fans Of: Katatonia, Opeth, Votum