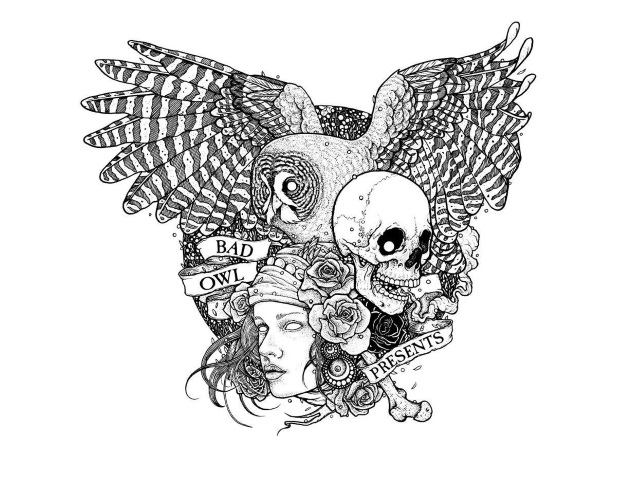 Now in its sixth year, StrangeForms is a celebration of all things math-rock, post-rock and post-hardcore, from the legends of these alternative rock sub-genres, to new bands looking to make a name for themselves. 2018 was a landmark year for the Leeds-based festival, as it moved across the city to a larger venue at the Brudenell Social Club; evidence of the event’s growing popularity and ambition. After a successful debut year in its new home, allowing for its largest audience yet, StrangeForms is back for another instalment at the Brudenell.

Tomorrow We Sail get us off to a gentle start with a smouldering, progressive swell of folk-tinged post-rock, complete with gentle guitars, violin, an accordion and the kind of deep, brooding vocals that wouldn’t sound out of place at a Nordic fireside.  7/10

As a festival that focuses on awe inspiring instrumental and post rock bands, vocals are often a rare occurrence at StrangeForms, however Halo Tora buck the trend with a sound that’s heavily reliant on two excellent vocalists. Between them they do an excellent job flying the flag for throat-based instruments, harmonising superbly to create one of the highlights of the day. The band’s delicate layering of uplifting guitars, driving bass and punctuating keyboards provide an impressive foundation for a set that’s filled with a full spectrum of dynamics and impressive song writing. 8/10

Fall of Messiah make their third appearance at StrangeForms and it’s easy to see why they’re continually asked to return. The French quintet’s expansive post-rock simmers beneath currents of intricate guitar melodies and swelling bass, until inevitable eruptions of drums and distortion carries each song to new heights. It’s not the most emotionally charged set the band has played at StrangeForms, but it still stands out as one of the more accomplished of day one. 7/10

Svalbard‘s raucous brand of metallic post-hardcore ensures that the crowd stay wide awake as we approach the conclusion to day one. Serena Cherry‘s punishing screams add the perfect amount of venom to the onslaught of heavy riffs and dynamically pulsating drum beats, to produce the most noteworthy heavy set of the day. 7/10

Before day one headliners Vennart make their way on stage, we pause to reflect on the loss of an influential person within this scene. Dan Beesley of Cleft and Gug (both bands who have appeared at StrageForms in the past) tragically lost his battle with cancer last year, but his influence on the math-rock scene lives on, as Stewart Ramsey – of festival organisers Bad Owl Presents – reminds us, in a fitting and heartwarming tribute.

Vennart end the first day on a high with a refined, accomplished set. Like Halo Tora before them, it’s accentuated by brilliantly executed dual vocals, the perfectly constructed harmonies adding an impressive finish to the band’s intelligently crafted alt-rock songs. The band’s eponymous front man Mike Vennart carries forward the same style of intelligently crafted, angular riffs he once employed in Oceansize, backed up by the interesting grooves and melodies contributed by his new band mates. It’s a well executed set that adds a glossy, professional veneer to an enjoyable first day. 8/10

Tall Talker get us underway on day two with a wonderful blend of individual talent, groove and entertainment. The trio’s instrumental math rock is built on a foundation of intricately finger-picked guitars, intelligently arranged drum beats and groove-laden bass, all of which is executed tightly on stage. The bass-player’s snappy dance moves bring an entertaining addition to the band’s stage presence, and inspire the crowd to respond in kind. An assured set to get the day started on a high. 7/10

Upcdownc (5/10) and A.A. Williams (5/10) reduce the pace with sombre, brooding sets before the dual drum kit attack of Cattle (6/10) shatters the serenity with a cacophony of noise. Previous patrons of StrangeForms will be well acquainted with Sheffield-based quartet Body Hound, who always put on a breathtaking show, and for those witnessing them for the first time, they’ll no doubt live long in the memory after today’s performance. The band swagger their way through complex guitar patterns and mind-bending rhythms, with each member seemingly off on their own individual tangent, until inevitably everything clicks together to create infectious grooves that beg to be danced along to. The band are due to finally release their long awaited debut album this year and this performance serves to remind us how agonising the wait has become. 9/10

Pijn’s hauntingly beautiful performance emerges as one of the highlights of the day, managing to hit a full array of emotions during a captivating 30 minute journey. From sprawling, melodic build-ups to darkly thunderous riffs, Pijn convey huge slabs of emotion in every note, holding the audience’s attention from start to finish. 8/10

We end our StrangeForms 2019 experience in style with a mesmerising set from instrumental three-piece Gallops. The trio’s masterful blend of guitars and drums with samples, syths and all other things electronic, delighted the ArcTanGent crowd last year and tonight’s performance is just as infectious. The band have built up an arsenal of tracks that are tailor made for a live audience, serving up beats that beg to be danced along to, giving the illusion that the crowd are stood on hot coals, as even the most statuesque of spectators are unable to resist the compulsion to move their feet. It’s another fantastic set by Gallops who are fast becoming an unmissable live act, with performances as consistent and enjoyable as this one. 9/10

Bad Owl Presents have excelled themselves once again this year with another thoroughly enjoyable and musically diverse weekend. It’s heartwarming to see the growth in this small festival which, now in its second year at the Brudenell, has grown into its new surroundings with ease. It’s a deserved reward for the vast amounts of dedication and passion for the local scene and we certainly hope the festival continues to gain momentum in years to come. 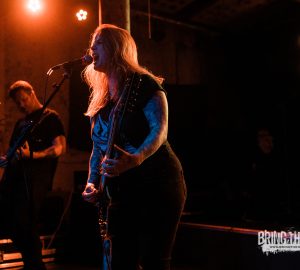