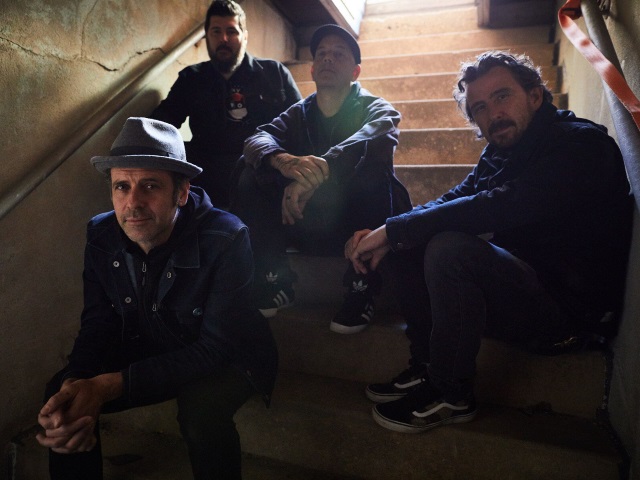 After three decades with their musical pedal firmly stomped down on the metal and their hearts, minds and souls pressed against the coalface of the unforgiving music biz, anyone could forgive The Bouncing Souls for slowing down.

But thirty years down a road which has taken them from a small town in New Jersey, to the earphones and playlists of music lovers the world over, they show no signs of fatigue, no flakes of rust and absolutely no intention of turning down the volume.

The Bouncing Souls release their brand new six-track EP on 15th March, and it maintains the band’s traditions of punk with enough pop melodies to burrow their way into any memory bank, and poppy tunes with enough punk attitude to appeal to both camps.

Scheduled to be released via Rise Records, the new six-track offering Crucial Moments marks the band’s thirtieth anniversary and comes accompanied by a commemorative book. The book contains photos, memorabilia, and tales from yesteryear, from friends and fans of the band and their remarkable journey.

As frontman Greg Attonio says:  “We’ve made bonds with people around the world that you’d never imagine or dream of when you’re a 17 year old kid from New Jersey in the ’80s.

“I’m so grateful that I’ve been through that journey and for what I’ve learned, and what I’ve been able to get for my heart and to give, too. I don’t know how I can imagine my life being more gratifying than that.”

But it is the music which we are here for and the six-track ear assault that the four-piece – vocalist Attonio, guitarist Pete Steinkopf and bassist Bryan Kienlen, who started the band in 1989, and who were joined by drummer George Rebelo in 2013 – are set to release will thrill long time The Bouncing Souls fans and should draw new fans in.

The EP opener, Crucial Moments, is dripping in melodic hooks and is sure to be a live singalong favourite.

“We came together to honor an old friend; Lets talk about music good times; And those moments in between; It felt like they didn’t matter; They’d go on forever played on repeat,” sings Attonio, with nostalgic lyrics which perfectly fit the theme of the band celebrating their thirty years together.

1989 cranks through the gears, upping the pace and energy to frenetic levels; but at just over 90-seconds it’s a brief blast on the eardrums before the pace slows back down with the next track – Favourite Everything.

This is a cookie cutter pop-punk formula track which wouldn’t sound out of place on the soundtrack for an American Pie style high school movie. This isn’t a criticism, we just mean its accessible, radio friendly and infectious enough to get even the stiffest of necks swinging.

New New roars out of the traps with an infectious riff that has more groove than a 70’s flair emporium, and has the kind of opening which grabs a listener by the feels and doesn’t let go.

4th avenue reminds us of early era The Offspring, with its Ignition style delivery which veers away from pop and deeper into punk territory than most on the record. Steinkopf and Kienlen’s fingers get a furious workout on the fretboards in this one.

The final track on the EP ensures the band end on a high note. Home slows the pace and ups the pressure on the heartstrings, with a track ear deep in smile-inducing licks and lyrics.

Crucial Moments marks the band’s thirty year anniversary, but is far more than a nostalgia offering as the band retain the same drive, love and creativity they have always had.

“What’s fun is that the creative spark that was happening when we were in high school is still there,” Attonito says. “That, to me, is probably one of the most magical things I have in my life, and now that I’ve lived this long, I see how rare that is for anyone — especially in music.

“We’ve made bonds with people around the world that you’d never imagine or dream of when you’re a 17 year old kid from New Jersey in the ’80s. There was no internet and there was no chance of making money being in a punk band. It’s hard to explain it to people because the world we live in now is so different. It’s hard to remember how extreme it was then.

“We’re eons away from that and I’m so grateful that I’ve been through that journey and for what I’ve learned, and what I’ve been able to get for my heart and to give, too. I don’t know how I can imagine my life being more gratifying than that.”

For Fans Of: Lagwagon, The Vandals, Jimmy Eat World 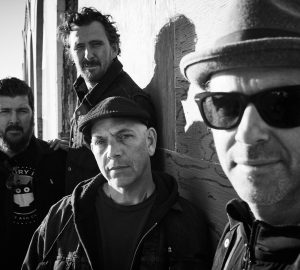 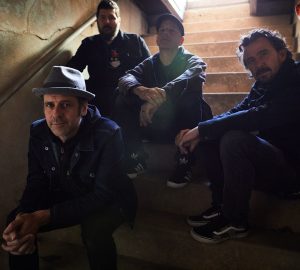