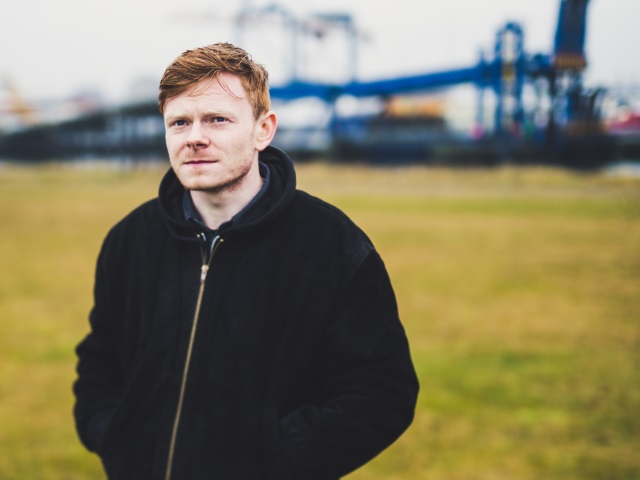 With the release of his new album and imminent and with tour dates scheduled throughout the next few months, we caught up with Marty Ryan, AKA Anna’s Anchor, to hear his top tips and stories from the road. Expect unusual gifts, van mishaps and more!

It’s honestly hard to pick just one thing. It’s a culmination of a lot of things. The most rewarding thing is that you’re showing people these songs that you spent so much time creating and now it’s your opportunity to present them with your best foot forward and hope that someone else can fall in love with them too. The other amazing thing about touring is that you get to see cities through a different eye that visitors don’t usually get to see. You see if it from the eye of those that live there, that are after putting you up for the night. You spend such a short time in each town but I honestly feel that you leave with a more accurate representation of the town or city than someone who’se spent two weeks holidays there.

The obvious and typical answer here is being away from your loved ones. This is more difficult for them than yourself because you’re so busy on tour, everything just flies past you but when things aren’t going well at home and you’re away, it’s pretty awful. Other things that are quite difficult are getting little to no sleep every night, driving all day, eating terrible food. The list is endless but it’s important not to forget the first point in the “Favourites” column because that’s why you do it and it trumps any of the negative stuff.

1. A tool box with the widest array of tools, and a spare tyre.

2. A Power Bank that will charge multiple devices. When you’re sleeping in living rooms and Travelodge’s with a load of people, plugs are hard fought to find.

3. Spare everything, strings, guitars, patch cables, honestly, if you can afford and fit a spare, DO IT!!!

4. Google Maps. I can’t imagine trying to tour without it. That would be a nightmare.

5. A gracious attitude. Be thankful and grateful to every single person you meet, even if they’re an asshole. Actually, especially if they’re an asshole. You spend so much time, money and effort to get out on the road, you need to be winning people over at every opportunity, which is from the moment the back of the van door is cracked open to when it’s closed at the end of the night. So many people are doing so many things for you out of the kindness of their own heart. At a bare minimum, being sound to them is something you have to and should do.

Walk around and explore. I get up early most mornings and try and get some alone time to explore a city.

Playing a festival with my heroes in And So I Watch You From Afar this summer and having a beer afterwards with them.

Receiving a gift of a hand-crafted wooden penis from a guy that attended the show.

Honestly, I don’t get embarassed, this whole music thing is very silly most of the time anyway so there’s no point.

Crashing head on into a wall on Inishturk island while the driver who was 80 years of age was driving about 2 MPH.

I don’t drink. Not to be a party pooper but like 50% of my songs are about alcohol problems in my family, I never want that to become a problem of my own.

To have anyone come up after a show and be like, “that was cool, I enjoyed it.”

Anna’s Anchor‘s new album Everybody’s Welcome is due for release on the 14th September via Failure By Design Records, available to purchase HERE.

See Anna’s Anchor at one of the following dates: