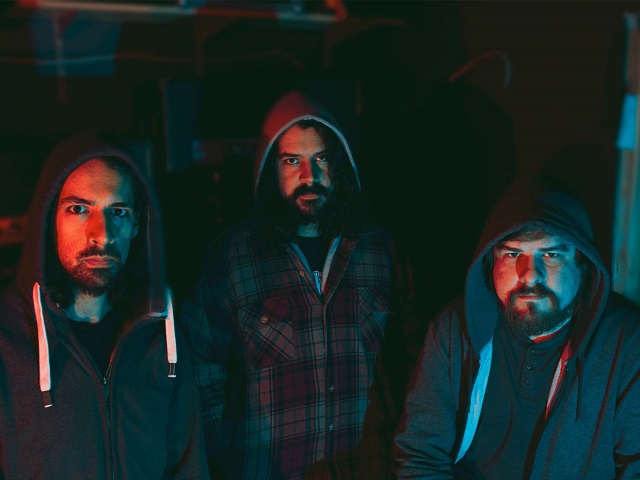 Having recently toured with Amplifier and with their debut full-length Conduit out now, we caught up with Awooga drummer Taran Ali to hear all about the new record, from the response so far to his favourite lyrics.

How did the band meet and how long ago?

We met back in 2008 when Tam and myself left a band we were in called Axis Dynide and James was in Naisian and we just started jamming one day when it was meant to be a chilled night out drinking and smoking, but ended up being something very constructive!  It literally sounded great from the first note. We really started getting serious in 2011 and have been together ever since.

What can you tell us about your debut album Conduit?

It’s an album that has seen us grow and mature so much from how we used to write songs.  Rather than be OK with the first version of a song we went back and dissected it and cut out the shit bits and trimmed the fat.  It has a very unique vibe compared to Alpha as we recorded the album in Vigo, which is in the Galician region of Spain. It’s dirty, sleazy but at the same time has got some incredible spacey melodies. It does also include smashing the living crap out of a guitar for just recording sake… videos of which will appear online soon!

How have you found the response from press so far to the new album?

It’s been very good so far. We’ve had some glowing reviews from both mainstream and independent press plus some international, which is always fun when you translate through Google.  One line from a review translated as “pleasantly wide-legged”. We’ve also had some surprising comparisons to artists we would never think that we sound like!  This point alone has caused some rather heated internal debate amongst us, which ended in me getting a chicken drumstick thrown at my head by Tam.

What’s your favourite song on the new album?

My favourite song is Temporal. It’s a clever song we’ve written in terms of song structure. It has a constant groove but at the same time has catchy hooks on the vocal melody lines that stick to your head. Otherside is a close contender though, some of the trippy soundscapes that James and our producers Iago Lorenzo managed to get from the guitar takes are out of this world.  But yeah, Temporal is my favourite.

If you had to choose one of your own lyrics from Conduit which is either your favourite or most relatable which would it be and why?

I love the opening lyrics to the album from Temporal. “Over and Over, no-one hears what’s inside of me”. It’s like we’re saying “well your going to hear now!” as the tracks kicks in after the really dark, spacey, ambient intro. This lyrics repeats through out the song and gives it sense of grounding too, like someone whispering closely into your ear.

You’ve been touring with Amplifier, can you tell us about some of your favourite moments throughout the tour?

When James and I got lost on Southend Pier because they closed it whilst were on it and we had to get this tiny kiddy train thing back that took like an hour.  Was kinda crappy at the time as we missed being able to have fish and chips but was funny in hindsight.  Tam eating an ice cream that got more social media interaction than any of our other posts was pretty funny too. In all seriousness, I would say certain shows had an excellent vibe like Milton Keynes and Manchester, the fans knew most of our sons and were singing along to them, which is a great feeling. The Brighton one was a bit special for many reasons. We played the best set of the whole tour and our friend Steve McCarthy (From Steve and The Sea) filled in vocal duties for an ill Sel Belamir! He did such an incredible job in a really strange situation!

Are there any new bands you’d recommend to Bring the Noise and its readers?

I would recommend Klyver who are a four-piece prog metal instrumental band from Newcastle, The Brackish who are a psychedelic experimental band from Bristoland Poly-Math have just released a really good new album out. Shout out to some local Sheffield bands that have new material soon such as King Capisce (Jazzy post rock band) and Archelon (Post metal band). Also check out Church Of The Cosmic Skull that play 70’s influenced hard/prog type of rock but are also really great fun to listen too as well.

Finally, if you had to spend the rest of your life on a desert island, but were allowed to take the entire works of five different bands/musicians with you to keep you from losing your mind, whose would you choose?

I’d take Frank Zappa for a starter if he were alive. The other four would be Tool, Meshuggah, Yes and King Crimson. Basically, jamming and getting to know Zappa would make my life complete even if I was stuck on a island with no food while pretty much the other four artists are at least on my playlist on a regular basis! Tool are one of those bands that pretty much shaped how I perceive music and changed my listening taste too. Lateralus is one of the best albums ever written. I enjoy the other artists too, Meshuggah are such an underrated and very influential band and focus purely on rhythm in the most creative form possible. Yes and King Crimson are bands that I would say are the best bands from the Prog 70’s era. Yes represents the light, upbeat side and King Crimson shows the dark side.  So yeah, I’d get my Prog on whilst on the island.

Conduit is out now on Rockosmos, available to purchase HERE. 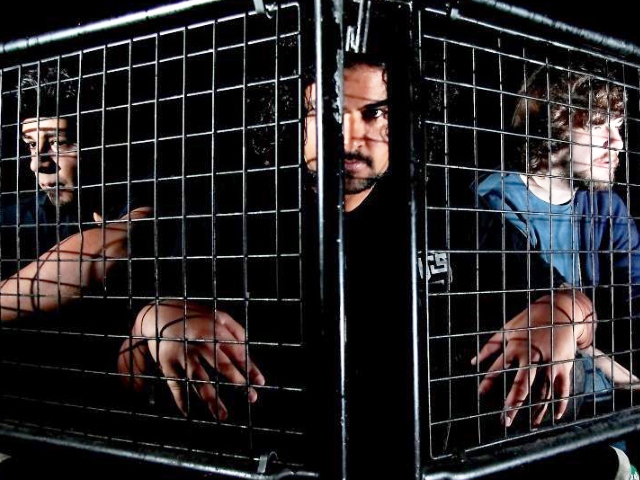