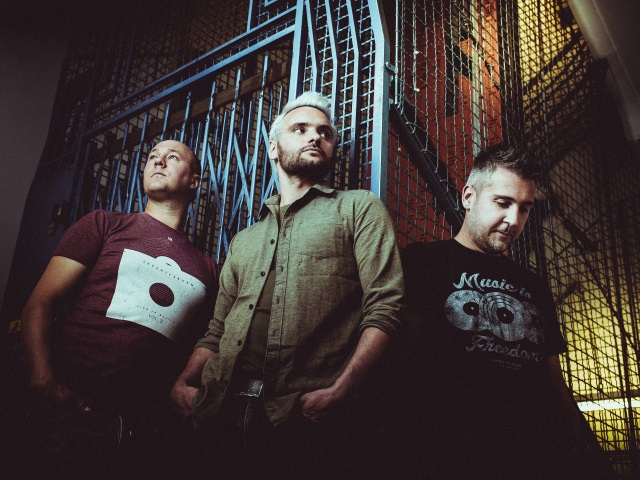 This month sees Birmingham punks Templeton Pek not only release their new album Watching The World Come Undone, but also play a handful of shows in support of The Ataris. We caught up with the band ahead of their busy month to hear their top tips and stories from the road.

Early starts if it’s a long drive to the next show, it’s hard to sleep after a late show as it is, and it’s likely few beers were had too.

1. Tablet/laptop for entertainment
2. Headphones to zone out
3. Your own pillow. For when you need extra Z’s.
4. Non-Stage footwear. for obvious reasons.
5. Pizza. Everything is better with it.

Trying to venture out of the venue. It’s rare we have time to look around, but even going for a beer or food at somewhere local recommended is a win.

Few stand out that feel like time froze… but playing with The Offspring recently at a sold out Hammersmith Apollo is definitely one of them, also Dusseldorf Mitsubishi-Halle with Rise Against; they were intense shows.

Recently we had a day off in Hamburg and it had been cold all tour so we fancied a sauna. We asked the label (who are based in Hamburg) for recommendation, and they sent us to a rooftop spa with a bar. Great, we thought. Until we got in and it was a nudist Spa, so we thought “When in Rome” and promptly de-robed and enjoyed our rooftop beers sweating with naked German pensioners. We still don’t know if it was a set-up or genuine from the label.

We were playing a club night in Cologne and the dressing room was behind the audience. We had been there all day waiting to play, so by stage time we were super pumped and made our way through the full room of people, to get to the stage and realise we forgot our guitars in the dressing room…so had to wade back and get them.

We were booked to play a huge “festival” that will remain nameless at Earl’s Court (this was in our early days) so it was a big deal for us, it was only the small stage but it was a huge line-up. We got down to London early to find out they had double booked our slot with a band from Canada (which I still don’t believe) so we were given a crate of beer as compensation. It was a lesson in how badly organised and harsh the music industry can be. Fair to say we were displeased as we sipped our beer backstage around these huge bands listening to another band play our slot.

There have been many, but once we were in Vienna and were invited to Sony Austria’s Xmas party on a boat. I’d said to the lads (mostly directed at our TM) “Let’s not make tits of ourselves as there’s important people here…” and that promptly went out the window, as soon enough we were wrestling on the dance floor and I eventually knocked myself out after falling downstairs into a pole. I had to go to Hospital for a head scan – good first impression I thought.

This is always when you see someone in your shirt or mouthing the words at the front, but recently in Nuremburg a kid left a note on our tour bus to say we had really helped him through dark times and reassured us that we are making a difference. That was amazing highlight of the tour.

Watching The World Come Undone is due for release on the 23rd February via Drakkar Records, available to pre-order HERE.

See Templeton Pek live at one of the following shows: 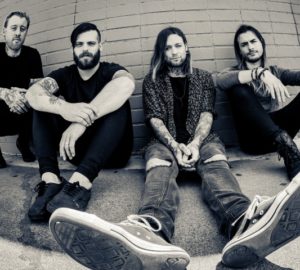