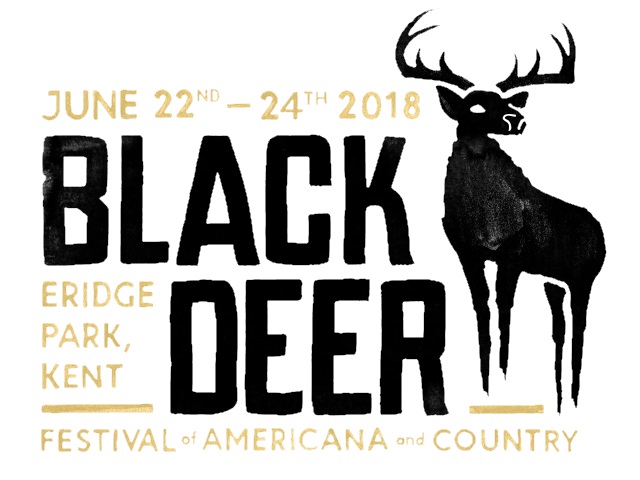 Brand new festival Black Deer has announced the first wave of acts for its inaugural event, due to take place between the 22nd-24th June at Eridge Park, Kent. The festival will offer a jam-packed weekend celebrating all things Americana and Country.

The first acts confirmed for Black Deer are:

Alongside an enticing line-up, Black Deer will be home to a variety of classic food and drink which will be served from bespoke built hostelries, headed up by Grillstock Jon Finch and Ben Merrington.

Taking place as one of the centerpieces of the festival will be Bolt. Founded in 2013 by Andrew Almond, it has quickly become a key protagonist within the scene, as a brand, a lifestyle and an authentic participant of a culture rich with heritage.

Bolt Motorcycles London will be curating an area of the Black Deer Festival bringing together the rich history and diverse subcultures that have surrounded the ultimate symbol of counter culture – the motorcycle. Since motorcycles were first invented they have been customised either to enhance their performance or to reflect the riders identity in regards to fashion, music or politics.

Black Deer have teamed up with Supajam Education in Music and Media (SEMM), a multi-award winning educational provider set up by David Court and Nick Stillwell for  young people aged 16+ with special education needs and educational health care plans. The school support disadvantaged and vulnerable young people, many of whom have never achieved a qualification and currently have a 93% music diploma pass rate. Black Deer Festival has become the main focus of the 2017/2018 educational curriculum having given SEMM their own stage at the festival to manage, book and curate.

Tickets are on sale now, priced at £115, available from the festival website.