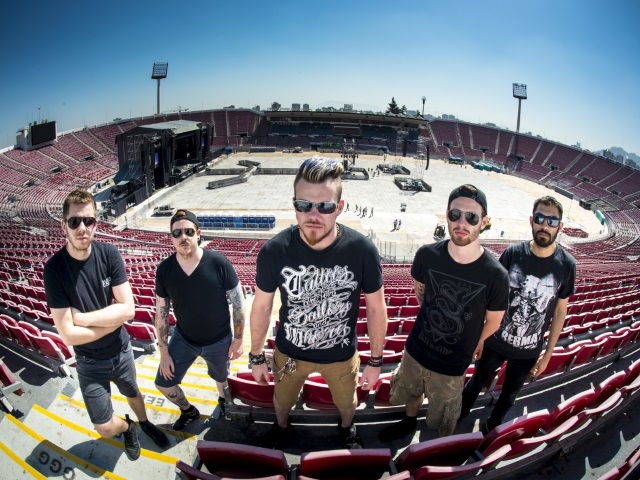 The Raven Age have released a lyric video for My Revenge ahead of their debut UK headline tour later this month. The track is taken from the band’s latest album Darkness Will Rise.

“My Revenge is probably the heaviest and darkest track on the album,” explains guitarist George Harris. “When we were recording it we wanted to try out a scream vocal effect to make the intro as dark as possible and to get the aggression across for those particular lyrics. As none of us were able to do it we got Tony Maue in for the screams. He did a great job and we kept in touch… It was only a few months later that he ended up being our new guitarist!”

The band have confirmed that In Searcg Of Sun will support them on their forthcoming UK tour.