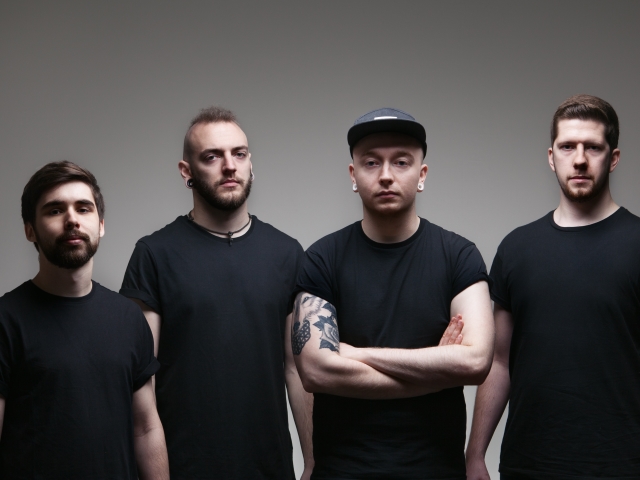 We caught up with Borders ahead of their tour with Black Coast to hear their top tips and stories from the road!

Being on the road with the band, we are all best mates so it feels amazing to be travelling around the country as a gang.

Probably the dodgy sleeping conditions, nothing like playing a show then trying to sleep on a kitchen floor!

Trying to find the most hilarious songs from our collective childhoods to add to our ever growing van playlist!

Probably playing to our sold out show in our Hometown of Lincoln. It’s amazing to get such a reaction when we play there, it was the most fun show by far!

We are always in stitches on tour so it’s hard to pick a specific moment but probably when Dan’s ice cream was viciously stolen out of his hands by a rogue seagull in Brighton.

At a show during our UK tour, JJ backed up a bit too fast on stage and knocked me (Tom) clean over mid-song and we both ended up in a heap on the floor. To add to that, we had the show filmed so we are forced to relive that moment over and over!

Probably when we turned up at our pre-booked accommodation not knowing what to expect and were met with four poster beds in a manor house, complete with peacocks roaming the grounds. As touring metalheads we felt a bit out of place.

Roaming around hammered in Bristol at 5am trying to find somewhere to carry on the party on a Monday night. Safe to say we didn’t find anywhere.

I would have to say it’s when we get a really good crowd who can sing back some lyrics, it’s awesome to see people who know our songs when we are so far away from home!