MUSIC INTERVIEW: We The Kings 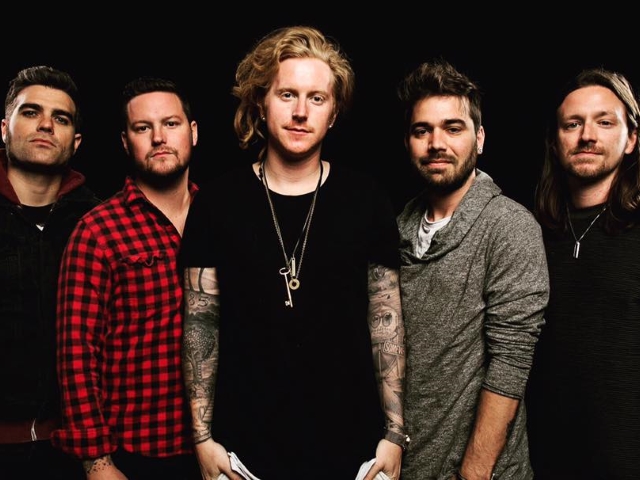 2017 sees We The Kings return to Slam Dunk Festival, marking their tenth anniversary as a band. We caught up with the quintet ahead of their appearance to discuss how they’re celebrating their tenth birthday, memories of the festival and more.

So you’ve been announced to play at Slam Dunk in May, what does the festival mean to you as a band?

Slam Dunk was actually the first time that we played overseas. We weren’t sure what to expect because we didn’t know how far our music had stretched. I remember walking out onto stage and hearing the crowd screaming so loud that I had to pull my in ear monitors out, I think it was at that point that I knew the show would be fucking awesome.

Are there any bands currently announced on the line-up who you are looking forward to checking out?

We actually walk around the entire time at the festival just to hear bands that we haven’t heard before or are fans of, so we’ll be checking out anyone who doesn’t play at the same time as us haha.

This will be your third time playing the festival, are there any memories from 2008 and 2009 that stand out for you?

The second time we played Slam Dunk we had horrible technical difficulties and the power cut off while we were playing Skyway Avenue. Even though the microphones didn’t work, the entire crowd kept singing…I actually got a little teary eyed when it happened, because that is something out of a movie. That moment made the UK one of my favourite places to go.

The festival has expanded since you last played in 2009, with Leeds and Hatfield growing plus a brand new site in Birmingham – what do you think it is about Slam Dunk Festival that has made it expand so rapidly?

I think it’s festivals in general that are growing in popularity, it’s fun to go see a variety of bands for the price of one ticket. I think Slam Dunk should expand into Europe and become one of those world tours that every band dreams of playing.

2017 also marks your 10th anniversary, what will you be doing to celebrate?

In the States we’re playing our first album in it’s entirety, so we’ll try to do something to celebrate on stage in the UK even though we don’t have the same amount of time to play. Maybe we’ll just play Check Yes Juliet 10 times to celebrate the anniversary haha could you imagine??

You’re playing your debut album in full during your set at Slam Dunk, is this the first time you’ll have done this? Are you nervous to play songs live that you may not have played before?

We played our first album once in Tokyo before, it was a special show for a small amount of people, but this will be the first time in the States that we’ve ever done this. I get nervous before every show, so I don’t think that this will be any different, but it will be cool to see how many fans have been a fan of us since 2007 and who know every lyric from that album!

Finally you’ve announced details of your sixth studio album Travis, but what else do you have lined up for 2017?

I know we’ll definitely spend some time in the studio putting our 6th album together and on top of that we’ll be touring and promoting our single Sad Song that is currently on the radio here in the States. It’s actually becoming our biggest song yet which is crazy because for so long We The Kings was that ‘check yes juliet band’ and now we hear people saying “oh you’re that band that does Sad Song?” which is such a crazy thing to think about and something that we are so grateful to hear.

Tickets are on sale now, priced at £44 (£49 with afterparty), available via the festival website.