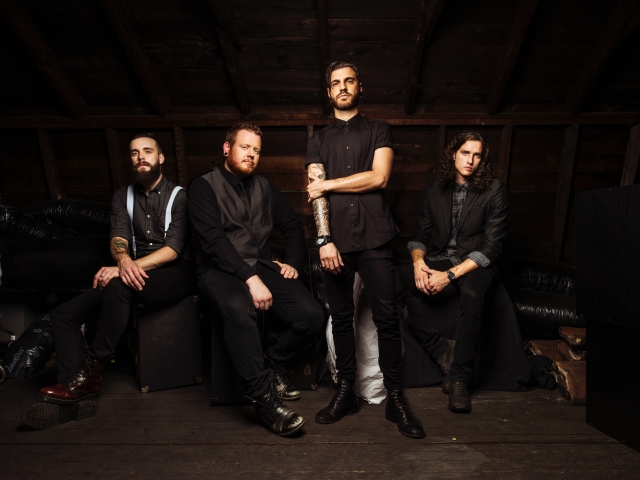 American theatrical metal outfit Ice Nine Kills have brought their heavy and horror-lit influenced songs to stages across the UK this month. We caught up with frontman Spencer Charnas to chat about the band’s stories from the road and trust us, there are some pretty outrageous ones!

My favorite thing would hands down have to be the actual show. Seeing kids scream along to songs that I wrote and being moved by them is such a humbling experience.

Not always getting a comfortable place to sleep and having to eat substandard food a lot of the time.

Reading a great novel or watching a classic film.

When a car literally crashed into and drove through a venue we played in Florida years ago.

When my pants and underwear were ripped completely off my body while crowd surfing during our set.

When our drummer Conor shit his pants during a live tv broadcast in the states.

When our bassist Justin accidentally tripped over a new born baby in a restaurant and fractured its skull.

See the 2 answers above.

When the baby pulled through the surgery and we weren’t charged with attempted murder of an infant.

Catch Ice Nine Kills at one of their remaining tour dates: