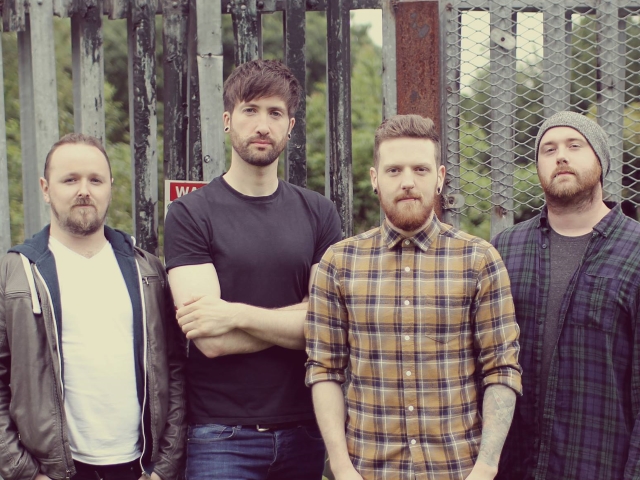 Last month saw the release of Versive’s new single Pretend and this is only just the beginning. With plans to release an EP and tour in the new year we caught up with guitarist/vocalist Conor to chat about his writing inspirations, the most rock ‘n roll thing about the band’s hometown and more.

We loved your latest single Pretend. Can you tell us a little about the song’s meaning and how it was written?

Pretend is a song that deals with themes of grief, loss, the brave face we put on, and the hope for better days.

What are your writing inspirations in general, both musical and non-musical?

Mmhmm that’s a hard one, I’m currently a music student so I’m surrounded by different styles of music everyday. Not a lot of people know this about me but I play a lot of different instruments such as traditional Irish fiddle, mandolin and drums. I actually listen to a lot of instrumental music and film scores. I love all the scores Adam Young (Owl City) did lately, I find his stuff to be pretty inspiring even though our music style is so different.

Are you in the process of writing a record? If so is Pretend a good indication of the material?

We head back into the studio at the end of November to record, so we will have a new EP out in the new year. Sound-wise I think for the next EP we are going to have a lot hard hitting tunes, we want it to sound big as fuck!

You guys played in other bands before Versive, but how did the band form? Did you all know each other from the musical circuit in your previous outfits?

We all grew up playing gigs together in our old bands so we were all close mates through that. The band actually happened by mistake to be honest. I was messing around on my guitar one day and came up with the intro riff for Blackout and I really liked the ballsy sound of it. So I rang up Kelan for a laugh and asked if he was up for recording a one-off tune in the studio. When we got the final mix back of Blackout we got excited and decided to keep writing, and so Versive was born. Oscar found out we were in the studio and messaged me “Can I join?”, he hadn’t heard the track we were recording but wanted to get involved from the very start.

How did the signing with Scylla Records come about? Are there any bands on their roster that you guys have been following previously?

I’m not sure how I got the contact information for the label owner Richard to be honest. We chatted from time to time on MSN back in the day, he’s a really nice guy. So when I sent him our first EP, he was interested in our sound and wanted to get involved with the release of our new stuff, so we signed with Scylla Records over the summer. One band on the label that stood out for me was Out Of Sight. I supported them years ago in Dublin with my old band and I was hooked on them every since. It’s a pity they broke up, they had such banging tunes!!!

You played a single launch show in Dublin, do you have any plans to tour?

Yeah, that was a great night. It was our biggest headline show to date so it was cool to have so many people out for the show. We are planning to do an Ireland/UK tour in support of our EP release in the new year. That’s gonna be a fun one.

What’s the most rock n roll thing to do in your home town?

Go to the local and have a few cheeky pints and play music in drop C haha.

Thanks again for talking to us, is there anything else you’d like to add?

Thank you also. We will be supporting ROAM on their Dublin show at the end of November, that’s gonna be a pretty bad ass show!

MUSIC NEWS: You Me at Six Frontman To Sell Final Intimate Dingwalls Show Tickets In Store