ALBUM REVIEW: Servers – Everything Is OK 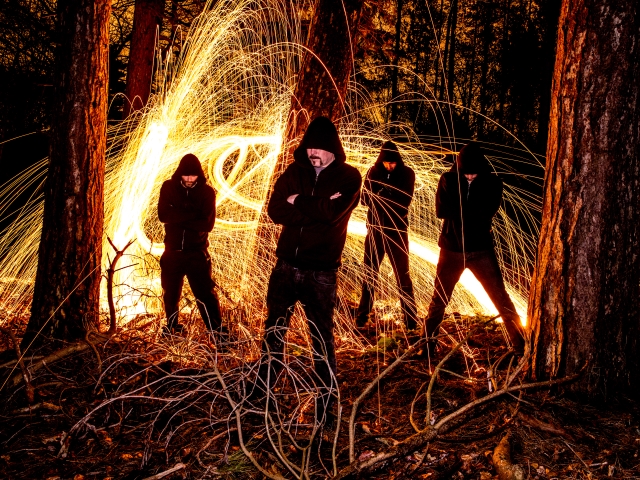 Heavy, industrial-tinged rock doesn’t sound like a particularly compelling musical direction in 2016, but it’s the easiest way to describe Everything Is OK, the sophomore album from Yorkshire’s Servers.

Thankfully, in terms of industrial influence, Servers are more latter-day Killing Joke than outdated Fear Factory. In fact, we happened to be listening to Killing Joke‘s 2010 album Absolute Dissent prior to Everything Is OK and found a lot of stylistic similarities. Never to the point of copyism, but similarities nonetheless.

For the most part, Everything Is OK takes the bare bones of simple, riff-driven rock songs and adds layers of heaviness and moodiness until it has something which isn’t simple or basic at all. The moody aesthetic is created and complimented by a booming, intense vocal performance from frontman Lee Storrar, as well as chugging, downtuned guitars and a pummelling rhythm section.

My Friends are Enemies and Our Lady of Bad Counsel demonstrate the rock song format best, with the latter even having a guitar solo: but  elsewhere, Everything Is OK is decidedly more doom-laden, be it with the eerie synthesizers on Codes or the relentless heaviness of To Hell With You. Songs like the latter as well as opener Spells and I Will Make You incorporate tinges of stoner rock and doom metal in their riffy heaviness, albeit with a darker edge.

Lyrically, Everything Is OK focuses on such well-worn topics as political injustices and the ills of organised religion (the title of the album is, who would’ve guessed, ironic), which can be slightly grating due to how prominent these themes are in heavy music. However, the lyrics do seem to be sung in earnest, with a genuine disgust for the state of the world, even if they don’t particularly break any new ground.

With Everything Is OK, Servers have created a furiously heavy, angry album that doesn’t sacrifice songcraft in the process. While it’s not massively innovative or going to change the face of heavy music, Servers do manage to put their own interesting stamp on rock and metal, and create an album full of great songs in the process.

Standout Tracks: To Hell With You, Our Lady of Bad Counsel, Into the Grave

Tags : everything is okIndustrialMetalrockservers
previous article