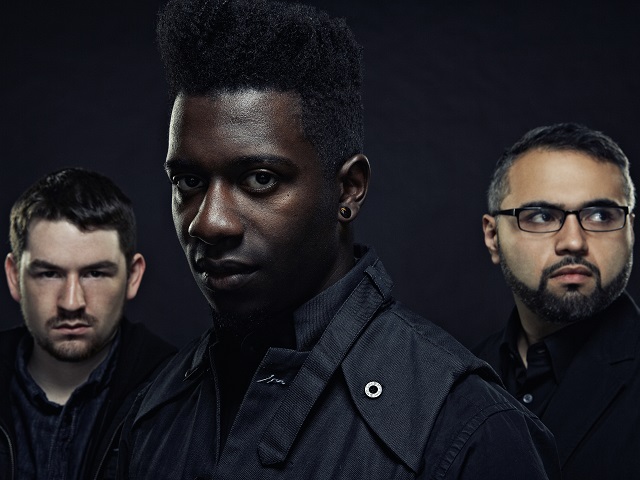 Animals As Leaders rode the crest of the initial wave of djent abnds, and alongside artists such as TesseracT and Periphery remain as one of its greatest innovators. We sat down with guitarist Javier Reyes to talk about Tech-Fest and what’s to come for the band.

The Joy of Motion has been out for quite some time now, how do you feel about it in retrospect?

I’m really happy with the album, I think at the time it was exactly what we wanted and it definitely helped us to reach a new audience. I still love playing those songs, I haven’t yet completely got over them, but I’m more stoked about the new material.

How’s the new album coming along? What was your biggest source of inspiration?

The album is now done, and is in the mastering process. We were just trying to add in a lot of new influences as well, and kind of just expand on what we already do – we wanted to be a little more theatrical on this album, so I think the songs have a lot more of a movement type structure to them.

How do you feel this album differs to previous releases?

This album’s songs are certainly longer than The Joy of Motion, where we tried to have that pop element, kind of keep the songs short with a melody/hook. All the albums have a lot going on but I think on this we really tried to go for it in terms of the musicality and what we can do, and touch certain vibes that we haven’t in the past.

What kind of vibes?

I think this album has a little bit more going on, but at the same time just in the way that it was written. We worked a lot together so I think there’s more hybrid stuff so more of my style with Tosin [Abasi – guitar]’s stuff together as opposed to Tosin stuff and my stuff, so we were all influencing each other’s parts together this time, so it kind of really sounds like all of us. Even Matt [Gartska – drums] was included sometimes in what we were playing, specifically with rhythm, so it’s the most collaborative.

On the last album there was a lot of collaboration with outside guys like Misha Mansoor (Periphery) and Navene Koperweis (ex-Animals As Leaders) – what is the set up this time round?

We actually tried to have Navene involved with the electronics, but he was just too busy, he sent us like a tiny little bit but there was way more synths that we ended up just doing on our own. We ended up self producing it, we sent it out to get mixed, but I ended up mixing it myself with Matt and Tosin helping out with the finer details.

Do you feel like this is the most definitive Animals As Leaders album?

I guess so as far as doing everything on our own. We started demoing songs back in December and we were just like “these are coming out cool”. The original plan was to still work with Misha, but the way the demos were coming out it was kind of cool so we thought let’s just keep going and all of a sudden we had ten songs and we thought okay this is it. The timing didn’t working out for him and for us, when he was available we weren’t available and vice versa so we that kind of made it weird too so we ended up just doing it ourselves.

You recently joined ESP guitars, can you tell us how that came about?

It’s been great, I ended up leaving Ibanez and went to Carvin for a short little stint, and then to ESP, and ESP has been super cool, I wanted to work with a company that could give me everything that I wanted, and ESP’s been able to do that for me, they treat me well and I’m getting a custom guitar that’s going to be really awesome that I can’t wait to show. I’m doing something different so it’s going to be a completely custom ESP, I was going to do a custom of my signature but if I have the ability to do something else let’s do something cool, but we’ll see what they do with it if they make it into production or not.

This is the festival’s fifth year, and it’s the biggest one yet. How important do you think smaller niche festivals like this are to a scene?

I think festivals like this are important as far as gathering that community/scene, and it’s great for bands as we get to come out and get to do a different type of show that’s not just a club.

JR: I think maybe the writing is getting better, it’s hard to say if it’s getting bigger. I’ve seen metal go up and down and I feel like it goes through phases, and right now we’re just experiencing this phase of new expansion, I think it’s a normal thing and everybody’s going to try and do that.

We think one of the cool thing about progressive metal is its lack of limits.

Yeah we love prog, and we make sure we don’t repeat ourselves every time and I think that’s the other thing is that we try and constantly push the envelope and write new stuff, and with us we’re not trying to (re)write the first album, we’re not trying to rewrite The Joy Of Motion, and also it’s a representation of who we are at that time, we don’t really write songs when we’re not in album writing mode, and when it’s time to write the album we write to what we think is a full album, and that’s the body of work and who we are, so it’s not just a repeat.

You’re about to start a tour with Plini and Intervals – both instrumental bands. Is the vibe on a tour like that different to one with more conventional bands?

Yeah we’ve done it before with Chon and Conquering Dystopia and that was really cool. The types of fans that were coming out were really the core prog fans, no one was there for any screaming. This is just day one of the tour but I’m sure it’s going to be a similar vibe, so I’m stoked, and we’re all homies too and we’ve already hung out before, so it’s cool to have a chance to actually hang out on tour.

Thanks for taking the time to chat to us – good luck with the tour!