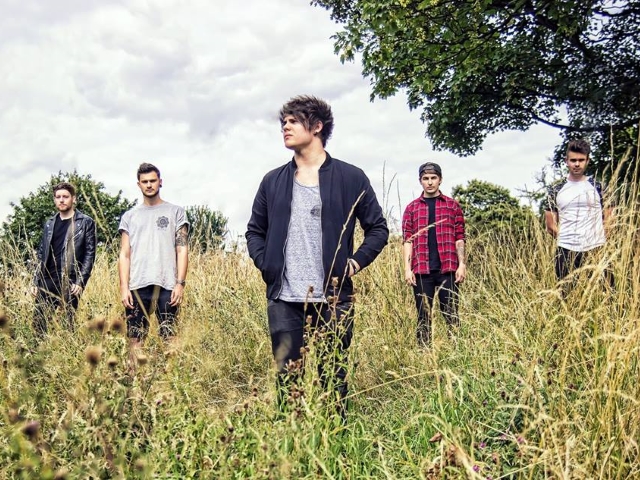 Alt-rockers Adelphia hit the road later this week in support of Hill Valley High to promote their latest single Chapters. We caught up with the band as they share their tips and stories from the road…

Definitely that moment before we go on stage; the anticipation makes us feel alive.

Traffic takes ages and makes things stressful – no positives. When you’re travelling hundreds of miles the chances of encountering it are higher and obviously there are schedules to work to do we get to the venues on time!

When on the road we usually pass time by sleeping on each other, having Fifa tournaments, tour van karaoke or eating our body weight in junk food.

On the last tour we covered Vanessa Carlton’s 1000 Miles and it’s always been a fun cover for us, but a memorable moment whilst playing it on tour was that every night the crowd would chant the song back to us louder and louder.

We were on stage during the In Hindsight tour and Will accidentally hit Nick in the face whilst moving around.

Con fell over once in Scotland which was pretty embarrassing for him, Nick jumped off a speaker and his mic stand slapped him in the back of the balls but he just got on with it. The show must go on!

We were sound-checking the 02 Academy in Birmingham and dropped our gear off in storage only to find a dead mouse waiting for us, but instead of getting someone to take the mouse away, Rik decided to go around announcing that he’d just met DEADMAU5 and everyone should come and look.

Jordan fell off a massive table at an afterparty and nearly dislocated his shoulder. The next day we had a show and he just kinda cradled his guitar and supported his arm as much as possible, he looked like a lost kitten.

A rewarding moment for us was the group photo at the end of every night, it is always a highlight to get a photo of us and the crowd after our set. It’s great to see their faces smiling and knowing they’re having a great time.

Catch Adelphia on tour with Hill Valley High at one of the following dates: