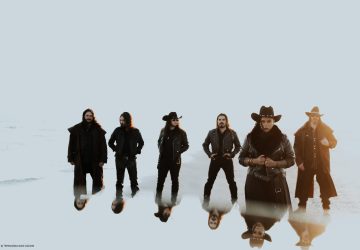 The track features on the band's fifth album 'Starlight and Ash' - check it out here.
shares 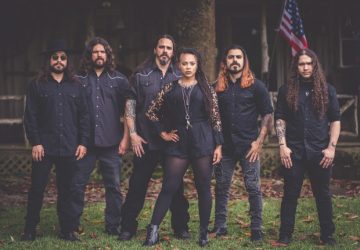 The track is taken from the band's recently released self-titled album.
shares

For some bands an overhaul of members can be a death sentence. For others, it can be a rebirth and a new age of creativity. Fortunately for Oceans Of Slumber it has proved to be the latter. Since the release of the critically acclaimed The Banished Heart in 2018 the band lost the entirety of it’s stringed section, leaving longtime band leader and composer Dobber Berverly behind the kit, vocalist Cammie Gilbert and keyboard player Matt V. Aleman searching for new members before any momentum would be lost. Enter guitarists Jessie Santos, Alexander Lucian and bassist Semir Ozerkan to save the day, giving the band a new lease of life and a creative force that is sure to see their new self-titled album take them on the next step forward.
shares

The track is taken from the band's recently released self-titled album.
shares

The prog metal sextet reveal another track from their self-titled album, find out more here.
shares

VIDEO NEWS: Oceans Of Slumber Release Video For ‘The Colors Of Grace’

The song features Mick Moss of Antimatter, check it out here.
shares

'The Adorned Fathomless Creation' is the second single from the band's forthcoming self-titled album.
shares 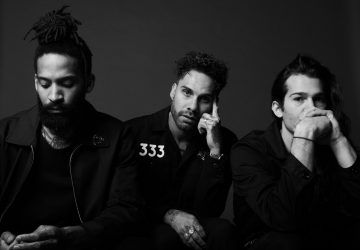 Black Lives Matter: Current Black Artists Who Should Be On Your Radar

In the wake of the protests in the US and political unrest the world over, we at Bring the Noise UK wanted to shine a spotlight on some of the best Black musicians in music. We have been doing this in a series of articles, the first of which highlighted legends throughout history. This second part of the series features some of the greatest Black musicians in the alternative music scene today.
shares

The prog metal six-piece will release their self-titled album in September via Century Media Records.
shares
1 2